Real time chat messaging apps are surging in popularity exponentially. Mobile apps like WhatsApp, Facebook, Telegram, Slack, Discord have become “a part and parcel” of our life. Users are addicted to these live chat mobile app conversations as they bring a personal touch and offer a real-time interaction 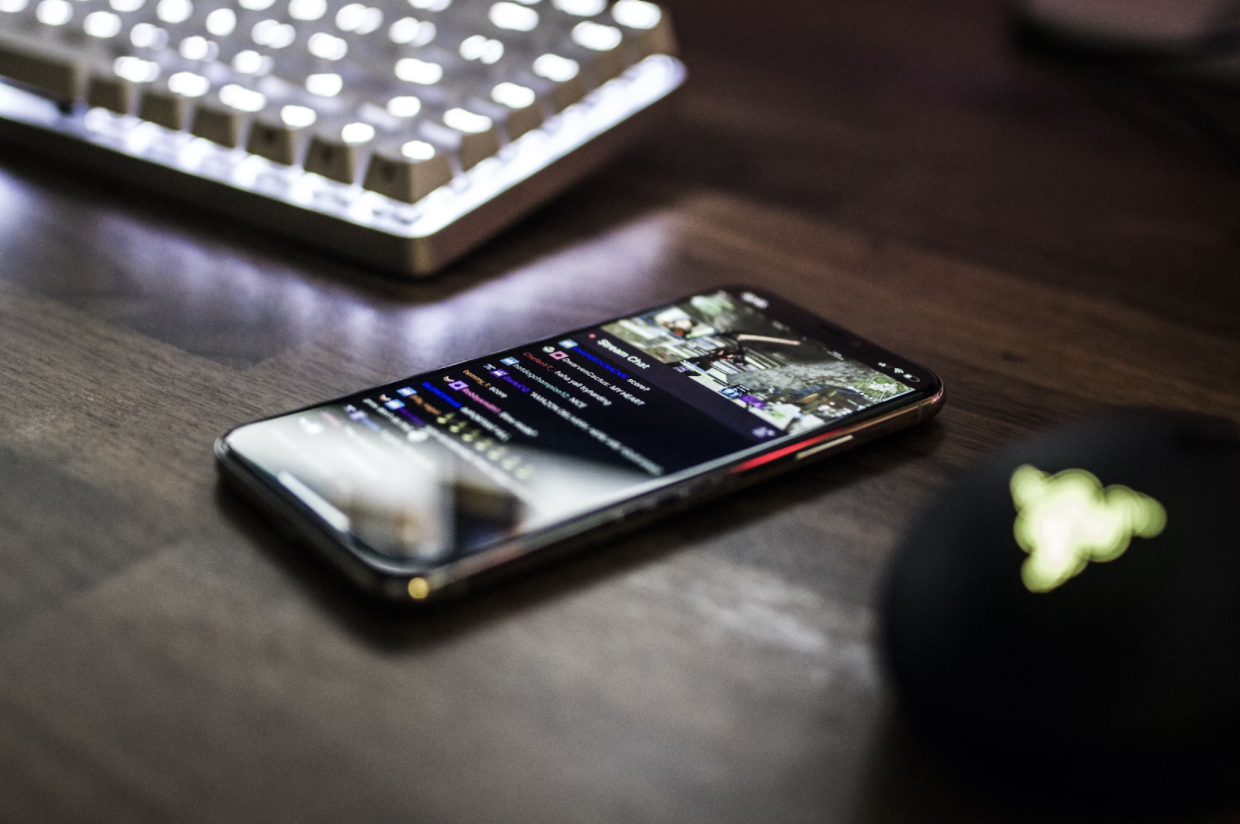 There’s been a rise in the number of social media apps that bring social elements to enable activities like collaboration, messaging, social interaction and commenting. Such activities require a real-time capability to automatically present updated information to users. More and more developers are tapping into the power of Redis as it is extremely fast & its support for a variety of rich data structures such as Lists, Sets, Sorted Sets, Hashes etc. Redis comes along with a Pub/Sub messaging functionality that allows developers to scale the backend by spawning multiple server instances.

In this tutorial, we will see how to build a realtime chat app built with Flask, Socket.IO and Redis Enterprise Cloud running on Amazon Web Services. This example uses pub/sub features combined with web-sockets for implementing the message communication between client and server. 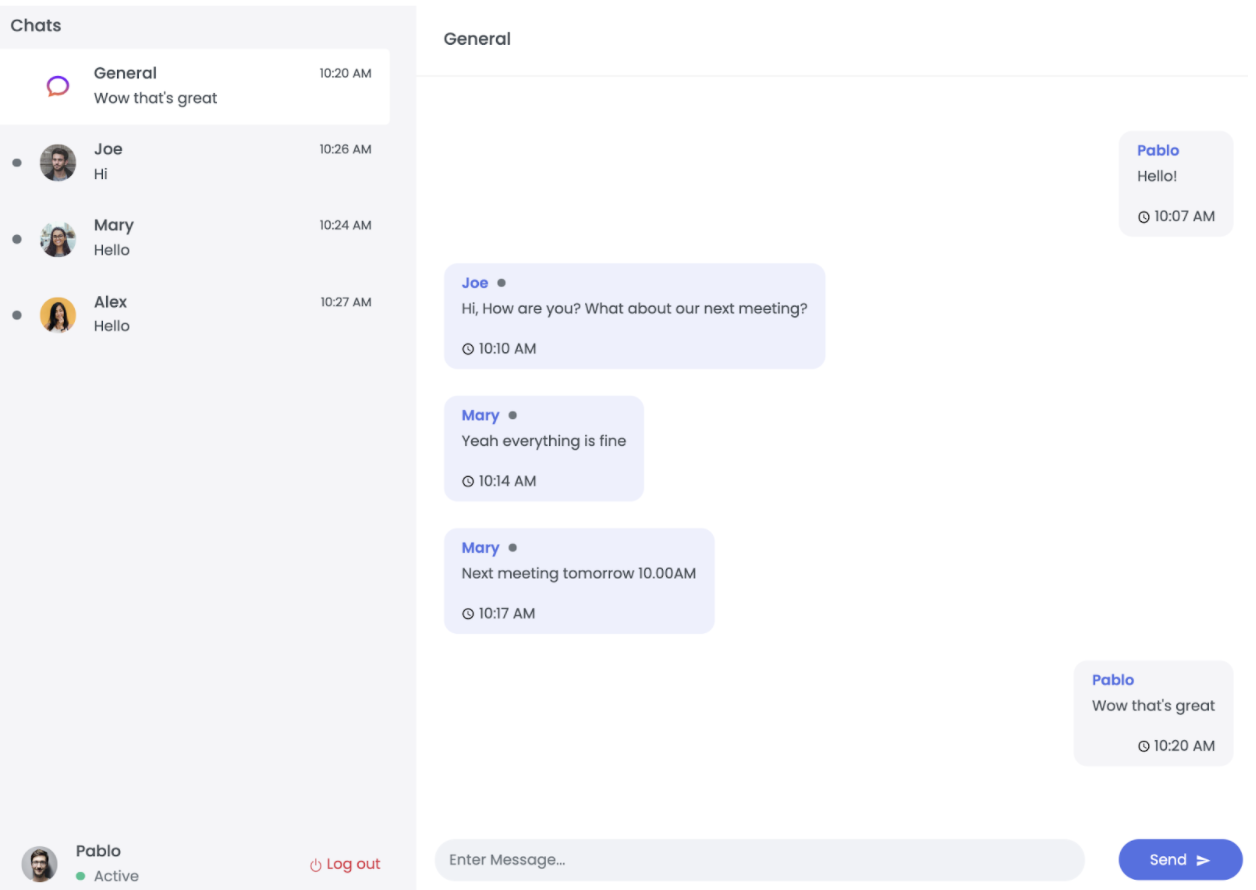 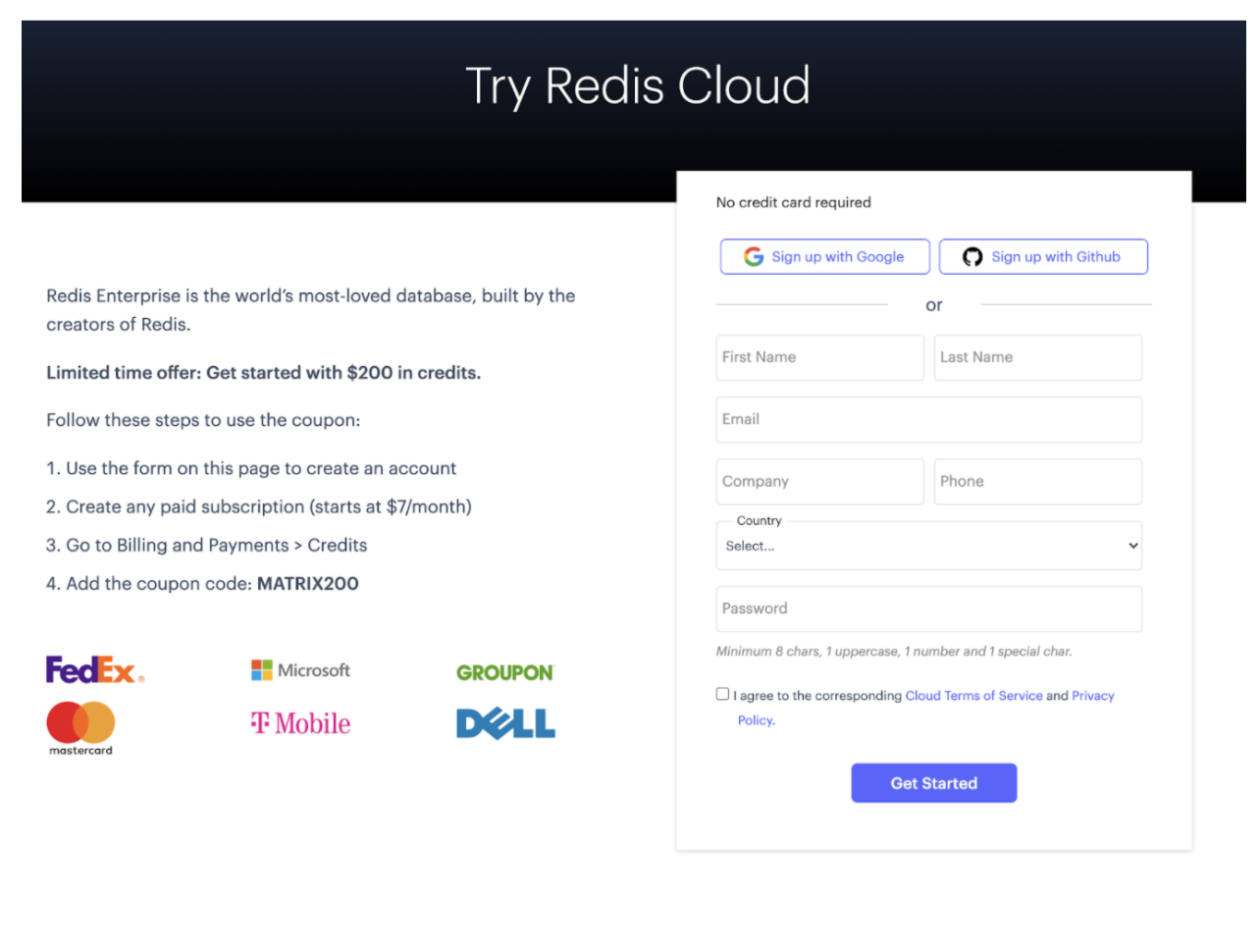 Choose AWS as the Cloud vendor while creating your new subscription. While creating a new database, ensure that you set your own password. At the end of the database creation process, you will get a Redis Enterprise Cloud database endpoint and port. Save these, you will need them later. 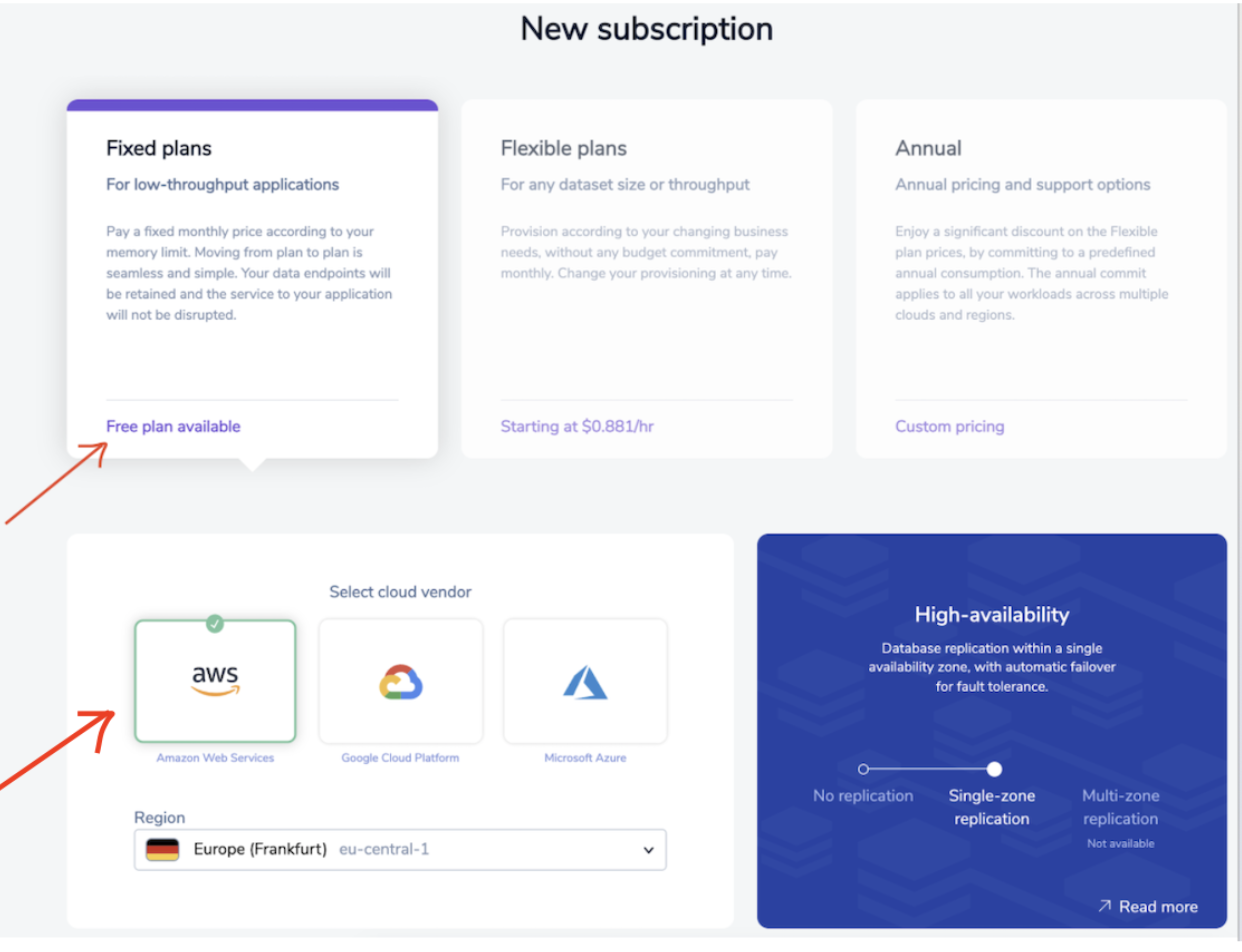 You don't need to create an AWS account for setting up your Redis database. Redis Enterprise Cloud on AWS is a fully managed database-as-a-service trusted by thousands of customers for high performance, infinite scalability, true high availability, and best-in-class support. 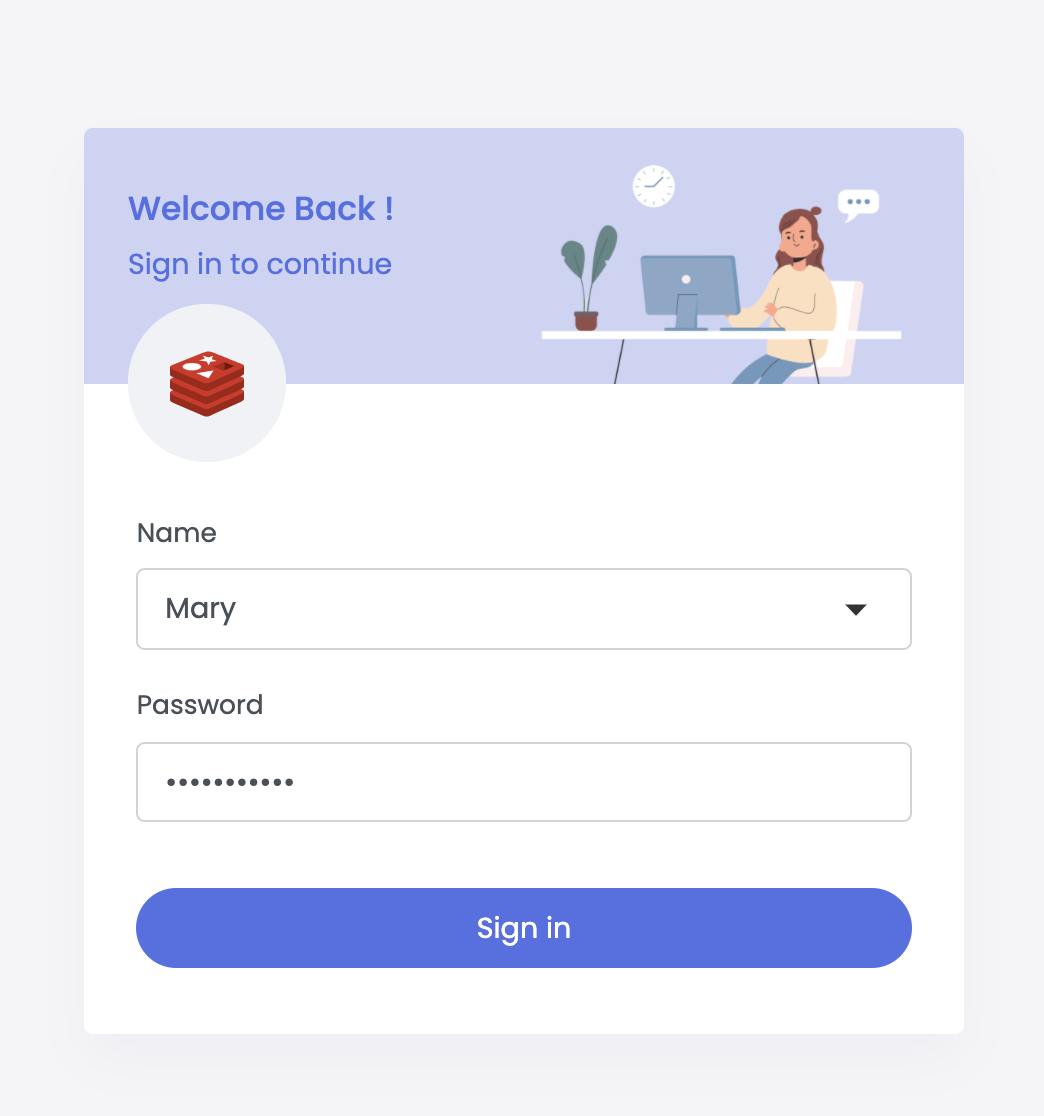 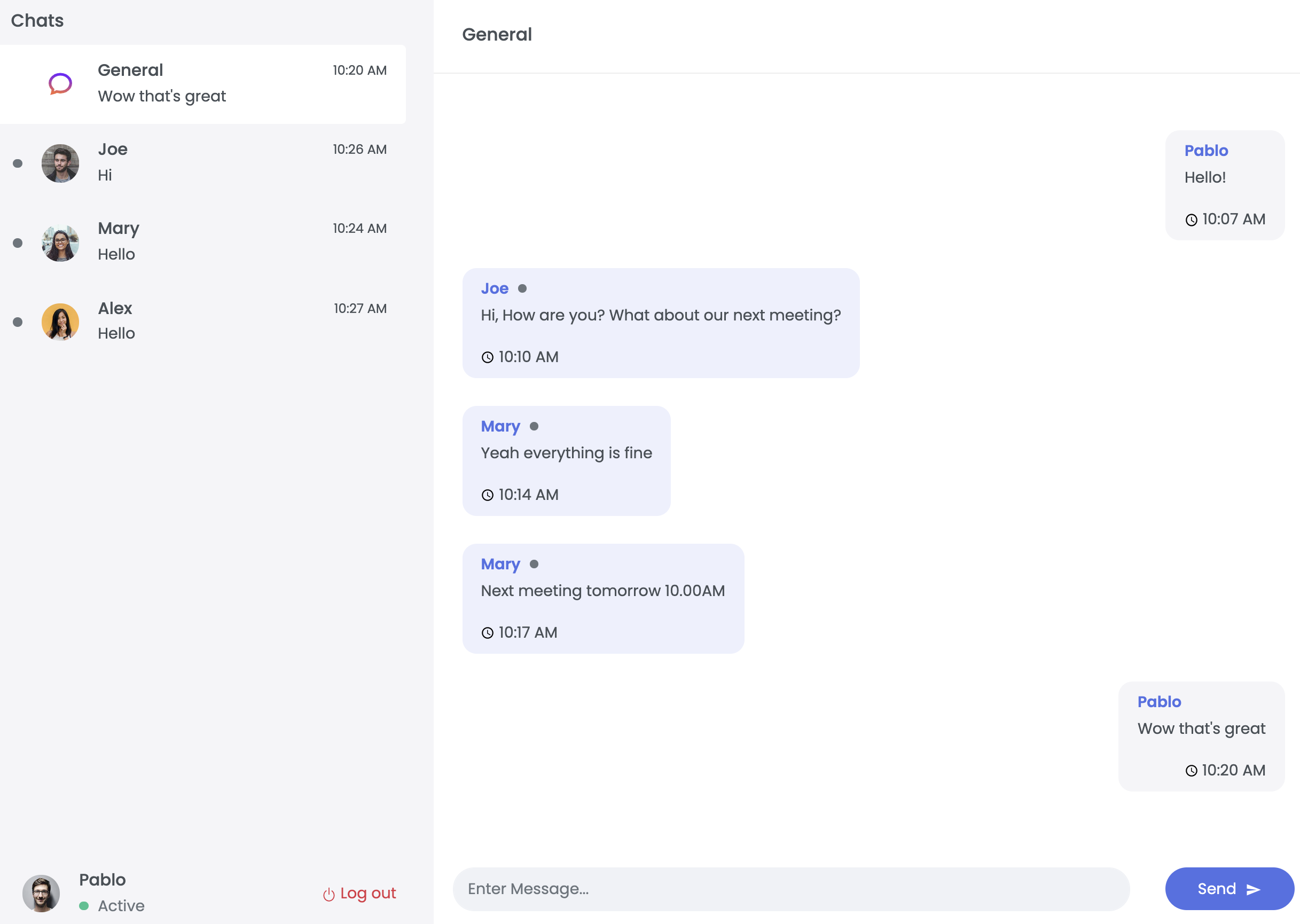 The chat app server works as a basic REST API which involves keeping the session and handling the user state in the chat rooms (besides the WebSocket/real-time part). When the server starts, the initialization step occurs. At first, a new Redis connection is established and it's checked whether it's needed to load the demo data.

For simplicity, a key with total_users value is checked: if it does not exist, we fill the Redis database with initial data. EXISTS total_users (checks if the key exists) The demo data initialization is handled in multiple steps:

And finally, the rest of the data is written to the hash set:

Additionally, each user is added to the default "General" room. For handling rooms for each user, we have a set that holds the room ids. Here's an example command of how to add the room:

First, private rooms are created: if a private room needs to be established, for each user a room id: room:1:2 is generated, where numbers correspond to the user ids in ascending order.

Then we add messages for each conversation to this room by writing to a sorted set:

We are using a stringified JSON to keep the message structure and simplify the implementation details for this demo-app. You may choose to use a Hash or RedisJSON

Populate the "General" room with messages#

Messages are added to the sorted set with id of the "General" room: room:0

Pub/sub allows connecting multiple servers written in different platforms without taking into consideration the implementation detail of each server.

When a WebSocket connection is established, we can start to listen for events:

After that, a message is broadcasted to the clients to notify them that a new user is joined the chat.

The real-time functionality is handled by Socket.IO for server-client messaging. Additionally each server instance subscribes to the MESSAGES channel of pub/sub and dispatches messages once they arrive. Note that, the server transports pub/sub messages with a separate event stream (handled by Server Sent Events), this is due to the need of running pub/sub message loop apart from socket.io signals.

Step 9. How the data is accessed?#

where we get data for the user with id: 2.

This will return IDs of rooms for user with ID: 2