Heroku is a PaaS (platform as a service) for building and running software applications in the cloud. Heroku today supports programming languages such as Java, Python, Ruby, Node.js and Go. Heroku manages your app portfolio in a straightforward Dashboard or with a CLI. Heroku's horizontally scalable, share-nothing architecture is designed for building services in today's world of containerized applications.

Heroku recognizes an app as being written in Go by the existence of a go.mod file in the root directory. Heroku also supports govendor, godep & GB, but this tutorial focuses only on Go modules. Here's a quickstart guide to deploy Go apps on Heroku using Redis. We will be deploying a sample Chat application written in Go.

Create your free Redis Enterprise Cloud account by visiting this link. Creating a Heroku account is free of charge.

For a limited time, use TIGER200 to get $200 credits on Redis Enterprise Cloud and try all the advanced capabilities! 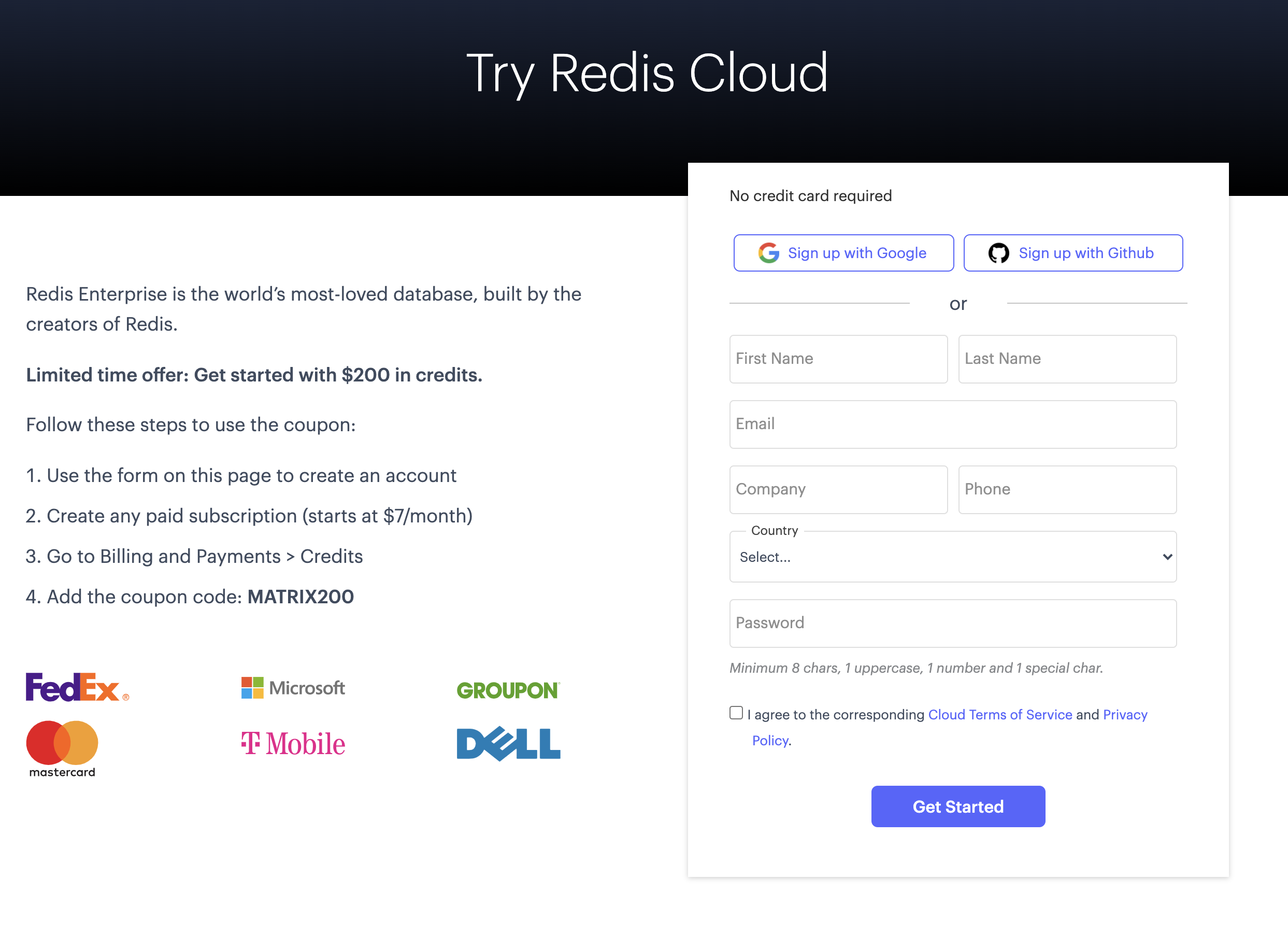 Follow this link to create a Redis Enterprise Cloud subscription and database. Once you create the database, you will be provisioned with a unique database endpoint URL, port and password. Save these for future reference.

If you are using Heroku for the first time, visit the Heroku website and create your new Heroku account through this link. 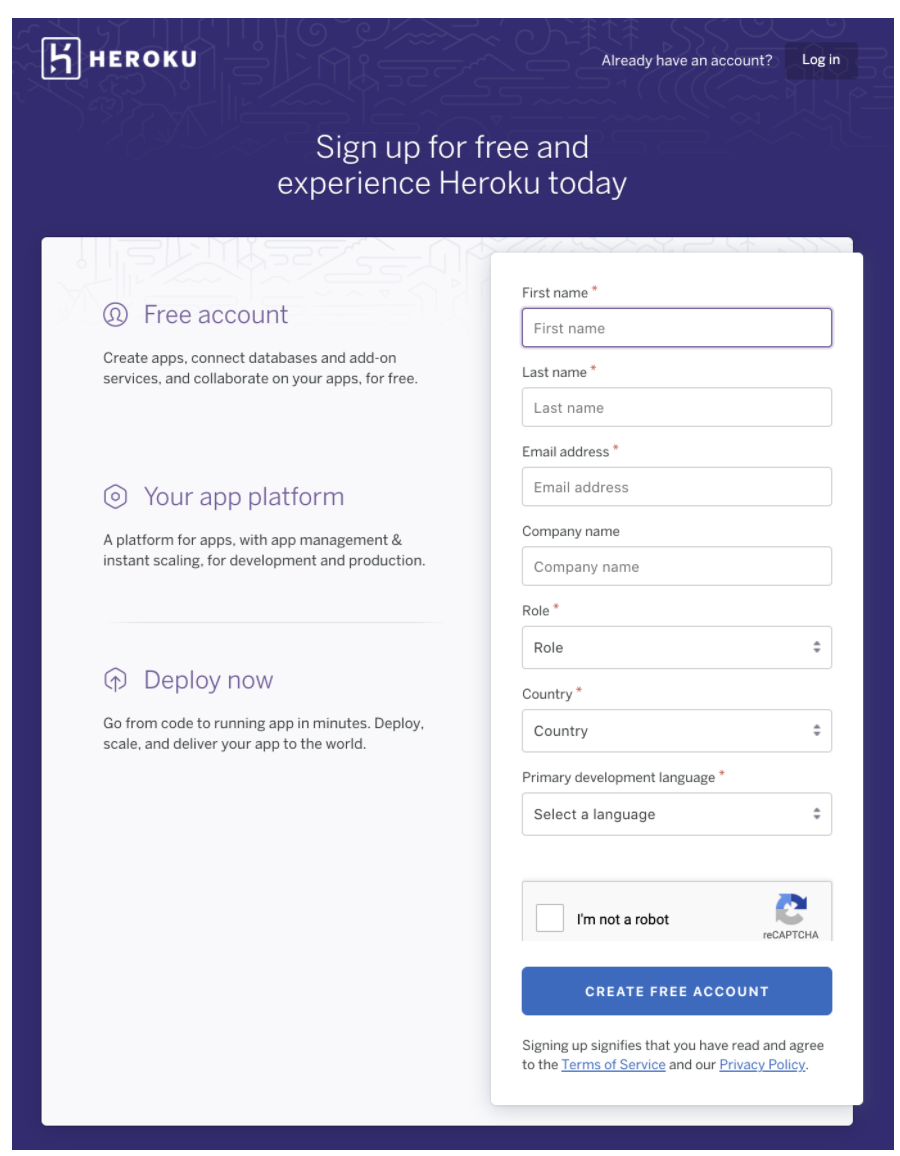 Step 3. Install the Heroku CLI on your system​

The Heroku Command Line Interface (CLI) lets you create and manage Heroku apps directly from the terminal. It's an essential part of using Heroku. In order to install Heroku CLI, run the following command:

Use the following Heroku Command Line commands to login to Heroku dashboard:

For this demonstration, we will be using a Sample Redis Chat app.

First you will need to clone the GitHub repository to configure it as a local repository.

basic-redis-chat-demo-go is the name of the project directory. Run the commands below to get a functioning Git repository that contains a simple application as well as a app.json file.

Go to the Heroku dashboard, click "Settings" and set the following parameters under Config Vars:

You now have a functioning Git repository that contains a simple application as well as a app.json file.

Wait for few seconds and you will see the messages below:

Open https://stark-island-03510.herokuapp.com/ to access your web application on the browser.

The Web URL is unique, hence it will be different in your case. 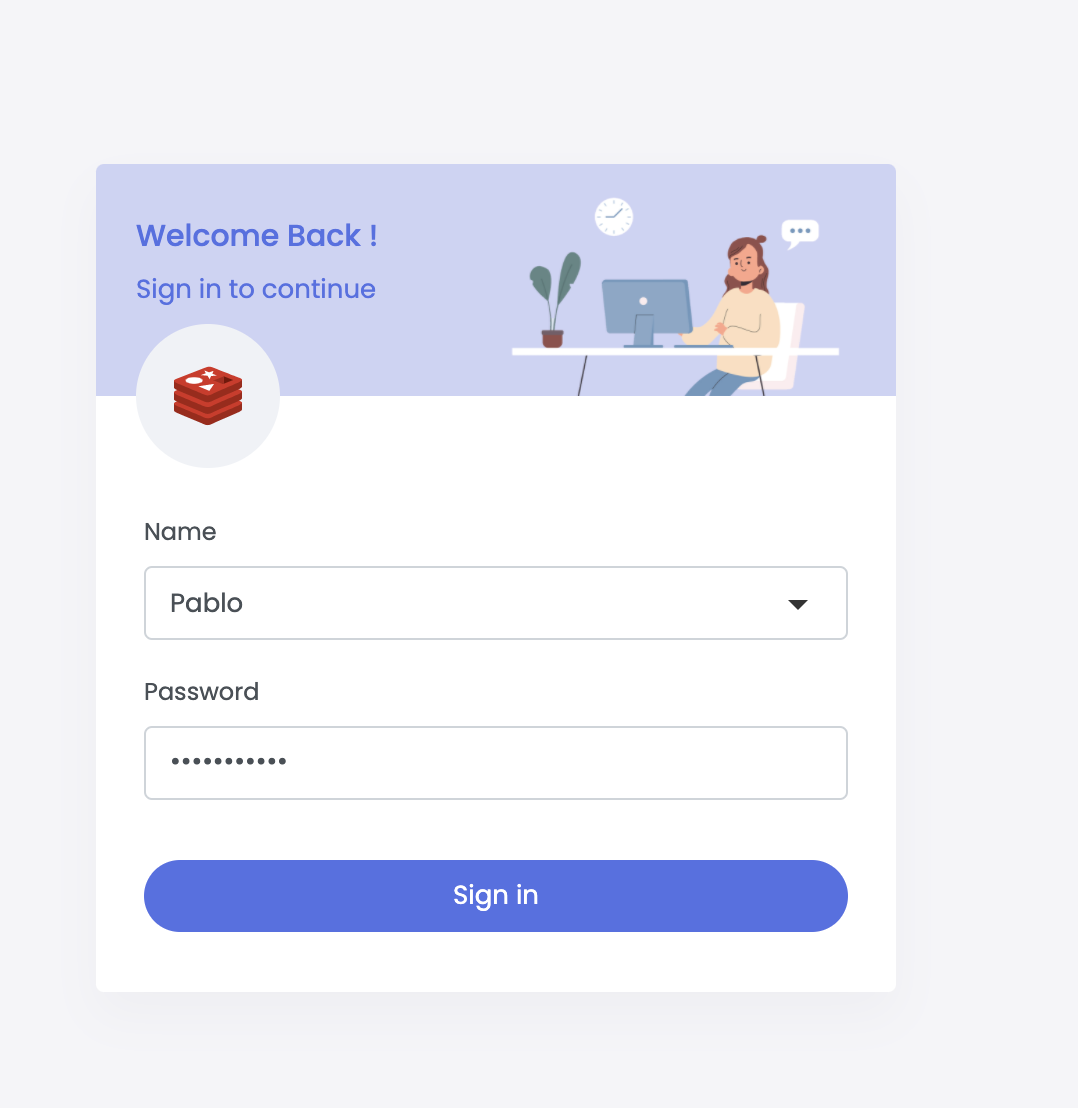 How does it work?​

The chat server works as a basic REST API which involves managing sessions and handling the user state in the chat rooms (besides the WebSocket/real-time part). When the server starts, the initialization step occurs. At first, a new Redis connection is established and the code checks whether or not to load the demo data.

For simplicity, a key named total_users is checked: if it does not exist, we fill the Redis database with initial data. EXISTS total_users (checks if the key exists). The demo data initialization is handled in multiple steps:

And finally, the rest of the data is written to a Redis hash:

Additionally, each user is added to the default "General" room. For handling rooms for each user, we have a set that holds the room ids. Here's an example command of how to add the room:

Next, we need to populate private messages between users. At first, private rooms are created: if a private room needs to be established, for each user a room id: room:1:2 is generated, where numbers correspond to the user ids in ascending order.

Then we add messages to this room by writing to a sorted set:

We use a stringified JSON object for keeping the message structure and simplify the implementation details for this demo-app.

Pub/sub allows us to connect multiple servers written in different languages without taking into consideration the implementation detail of each server.

A WebSocket/real-time server is instantiated, which then listens for the next events:

After that, a message is broadcast to the clients to notify them that a new user is joined the chat.

How is the data stored?​

The real-time functionality is handled by Socket.IO for server-client messaging. Additionally each server instance subscribes to the MESSAGES pub/sub channel and dispatches messages once they arrive.

The server transports pub/sub messages with a separate event stream (handled by Server Sent Events), this is due to the need to run the pub/sub message loop separately from socket.io signals.

How is the data accessed?​

which gets data for the user with id: 2.

This returns 50 messages with 0 offsets for the private room between users with IDs 1 and 2.