Find tutorials, examples and technical articles that will help you to develop with Redis and Python.

The Python community has built many client libraries that you can find here . For your first steps with Python and Redis, this article will show how to use the recommended library: redis-py

Redis (also called remote dictionary server) is a multi-model database, and provides several built-in data structures/data type such as Lists, Hashes, Geospatial indexes, Strings, Sets etc. You can either run Redis server in a Docker container or directly on your machine. Follow the below command line to setup a Redis server on Mac OS:

Ensure that you are able to use the following Redis command to connect to the Redis instance.

Now, you should be able to get Redis data by using Redis commands.

The following Python code allows you to connect to the default Redis server instance .

Beyond the Cache with Python

Redis Launchpad is like an “App Store” for Redis sample apps. You can easily find apps for your preferred frameworks and languages. Check out a few of these apps below, or click here to access the complete list. 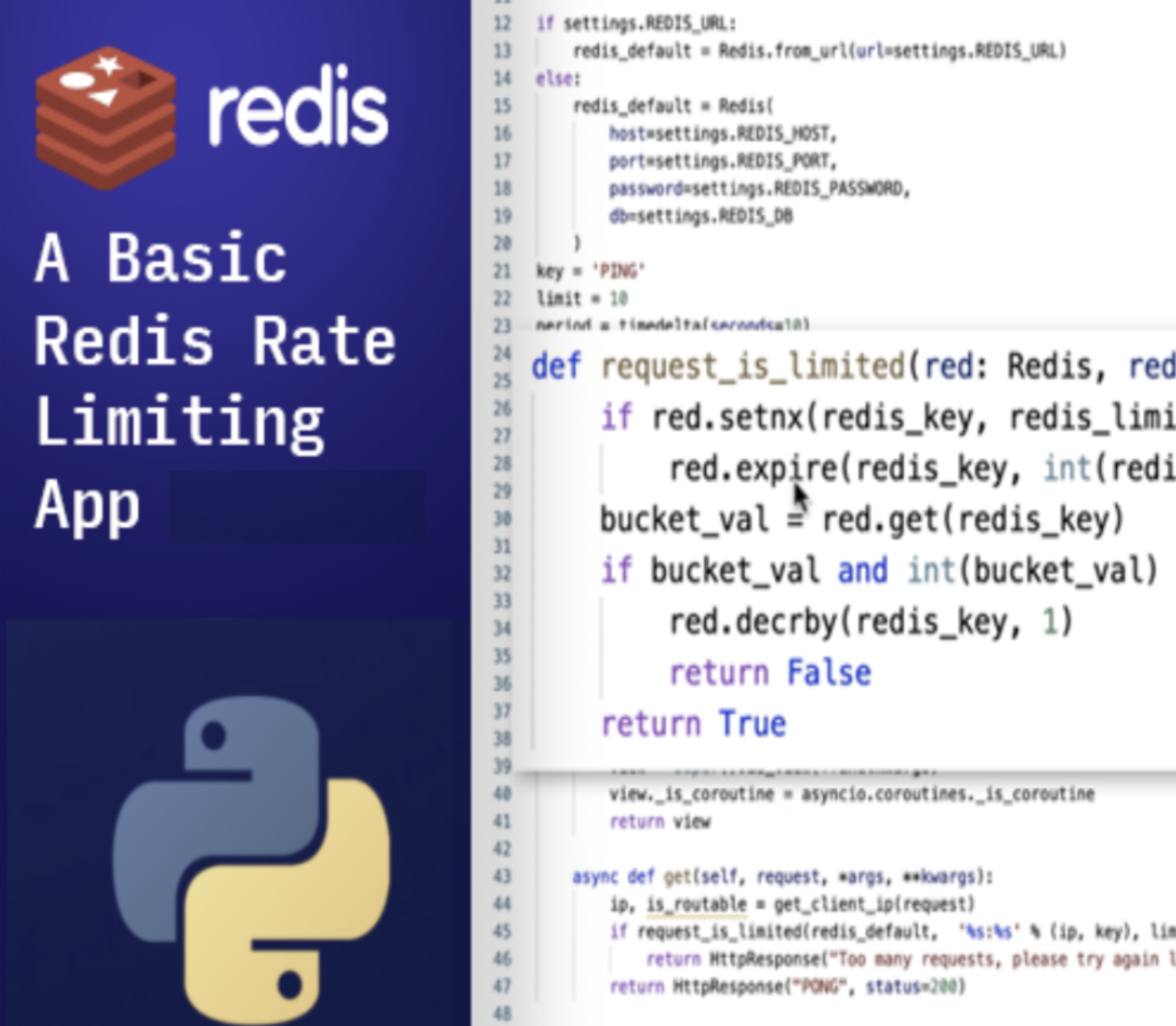 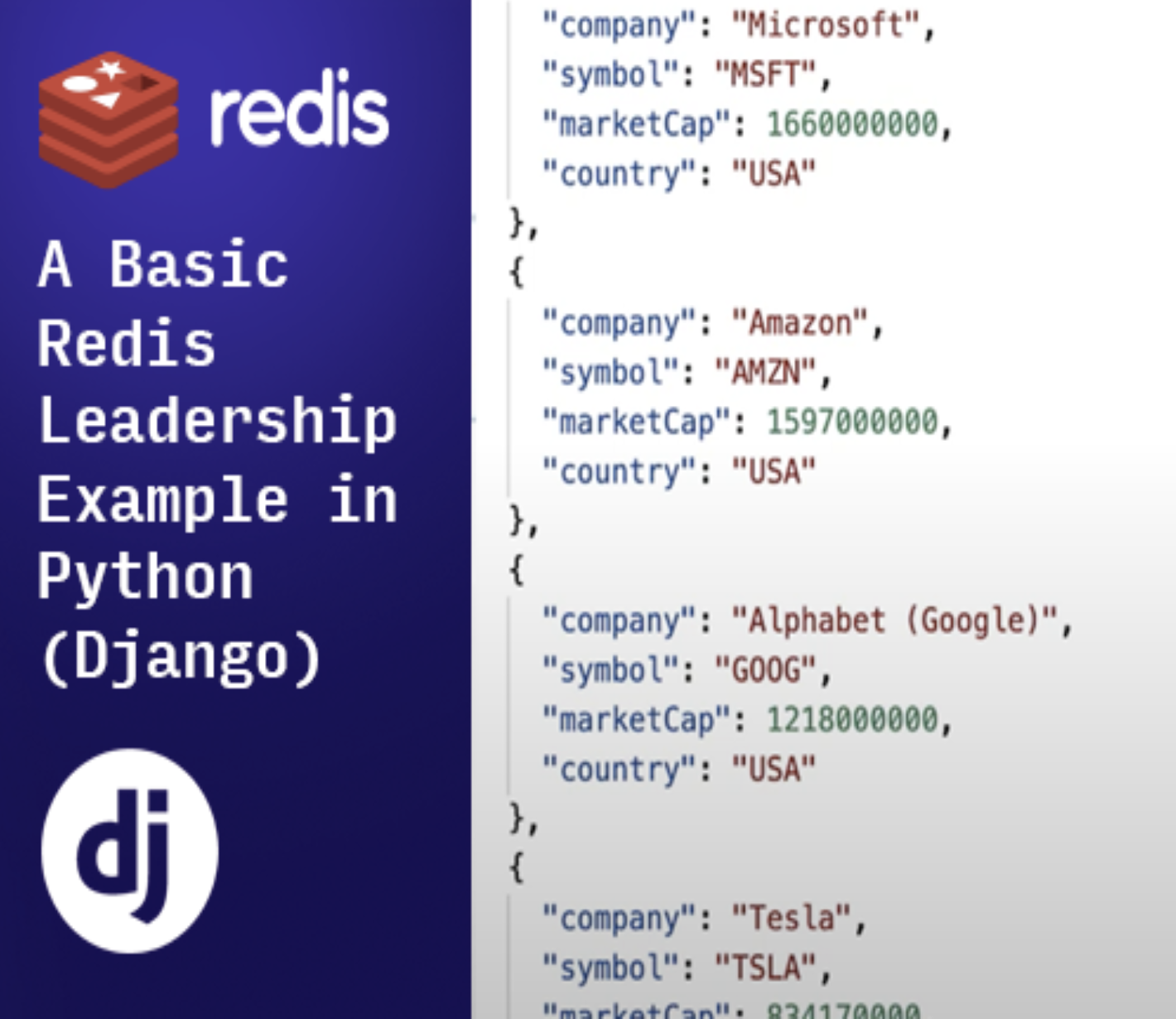 How to implement leaderboard app in Python & Django

A complete introduction to Redis for Python developers.