A full-featured pure desktop GUI client, RedisInsight supports RediSearch. RediSearch is a powerful indexing, querying, and full-text search engine for Redis. It is one of the most mature and feature-rich Redis modules.With RedisInsight, the below functionalities are possible

RediSearch allows you to quickly create indexes on datasets (Hashes), and uses an incremental indexing approach for rapid index creation and deletion. The indexes let you query your data at lightning speed, perform complex aggregations, and filter by properties, numeric ranges, and geographical distance.

To install RedisInsight on your local system, you need to first download the software from the Redis website.

Click this link to access a form that allows you to select the operating system of your choice. 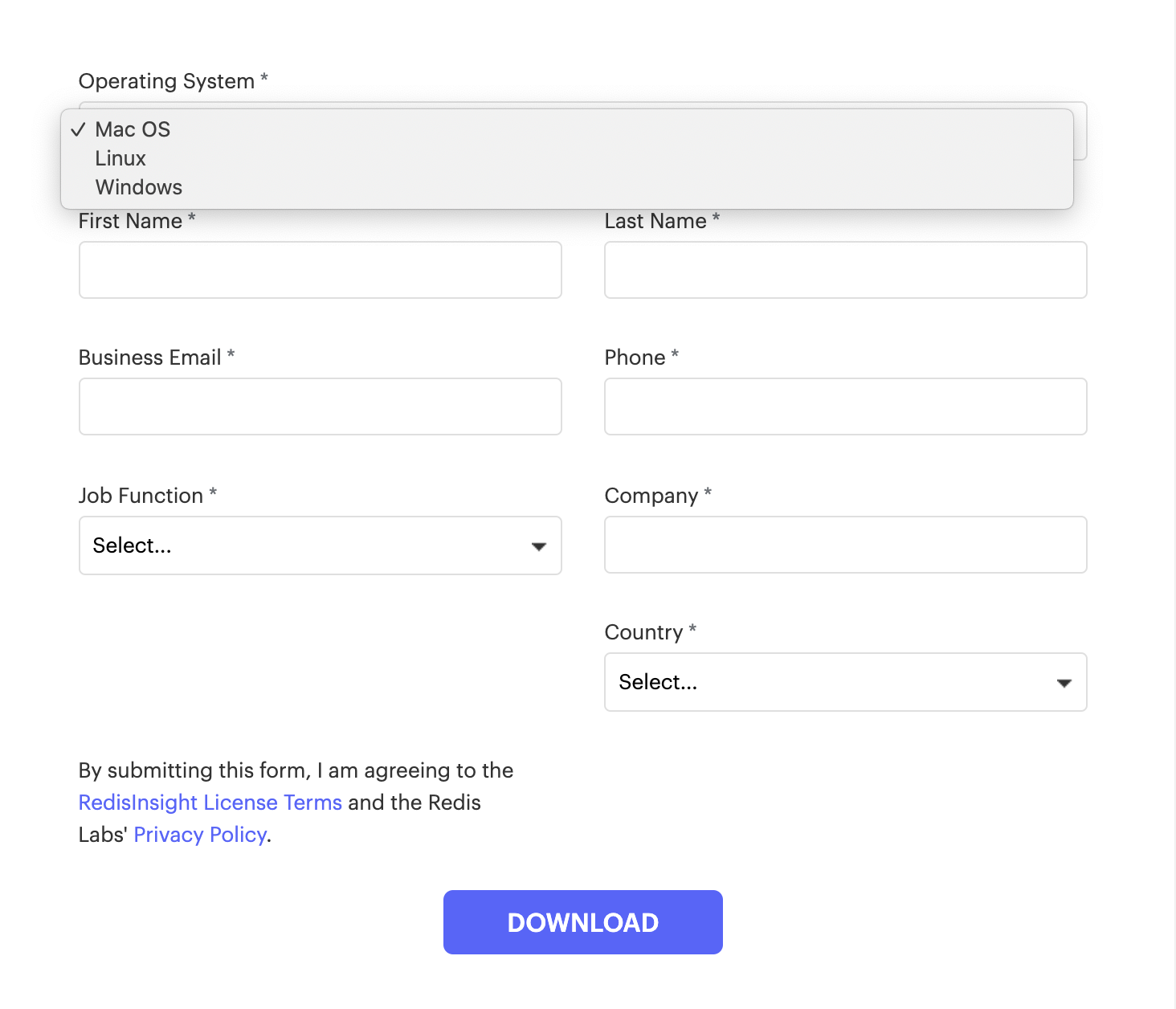 Run the installer. After the web server starts, open http://YOUR_HOST_IP:8001 and add a Redis database connection.

Select "Connect to a Redis database" 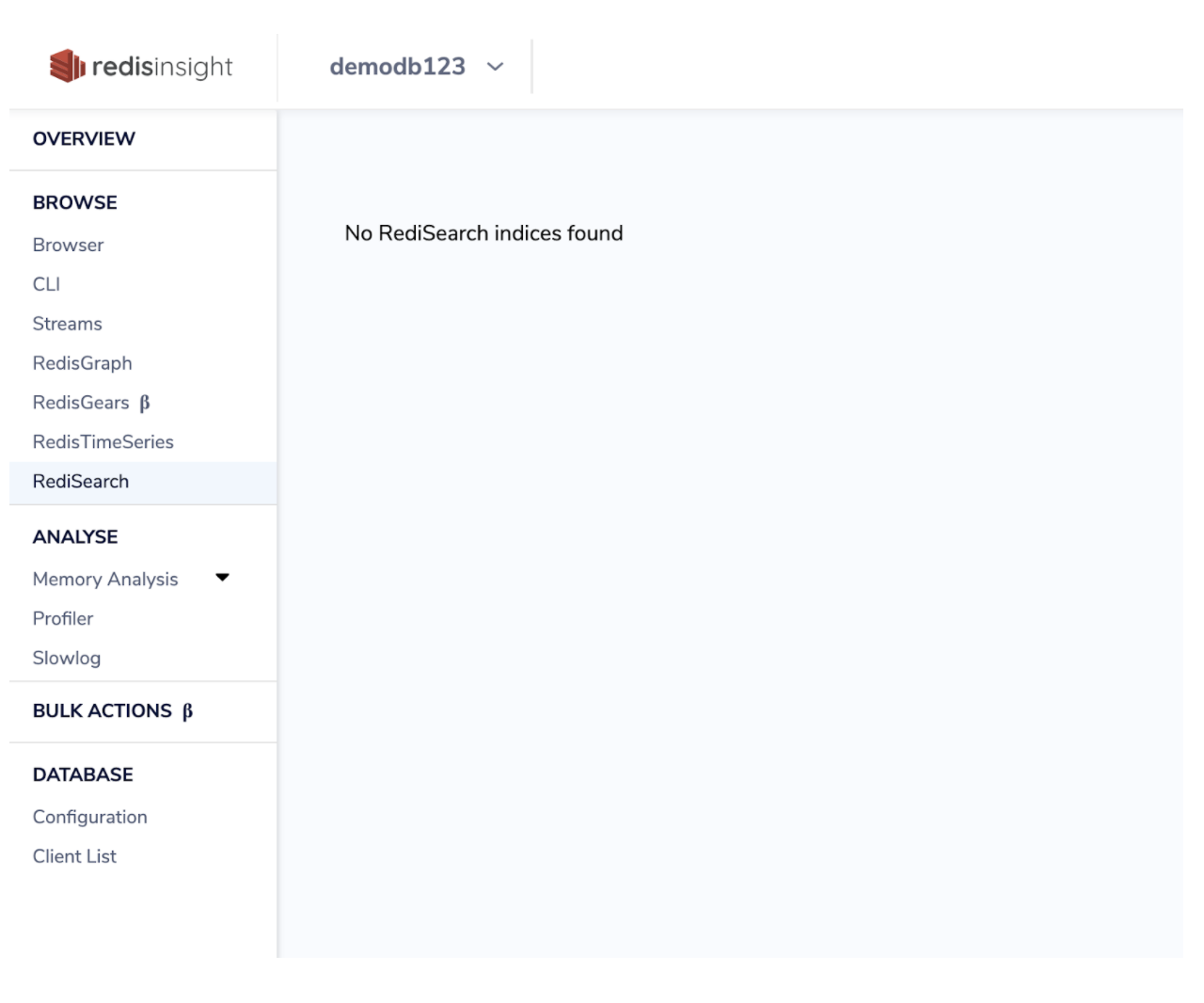 We will look at 2 datasets - one is OpenBeerDB and other is Movie datasets. Let us begin with OpenBeerDB sample dataset.

To demonstrate RediSearch, we will use OpenbeerDB dataset. The dataset is available publicly for general public under openbeerdb.com 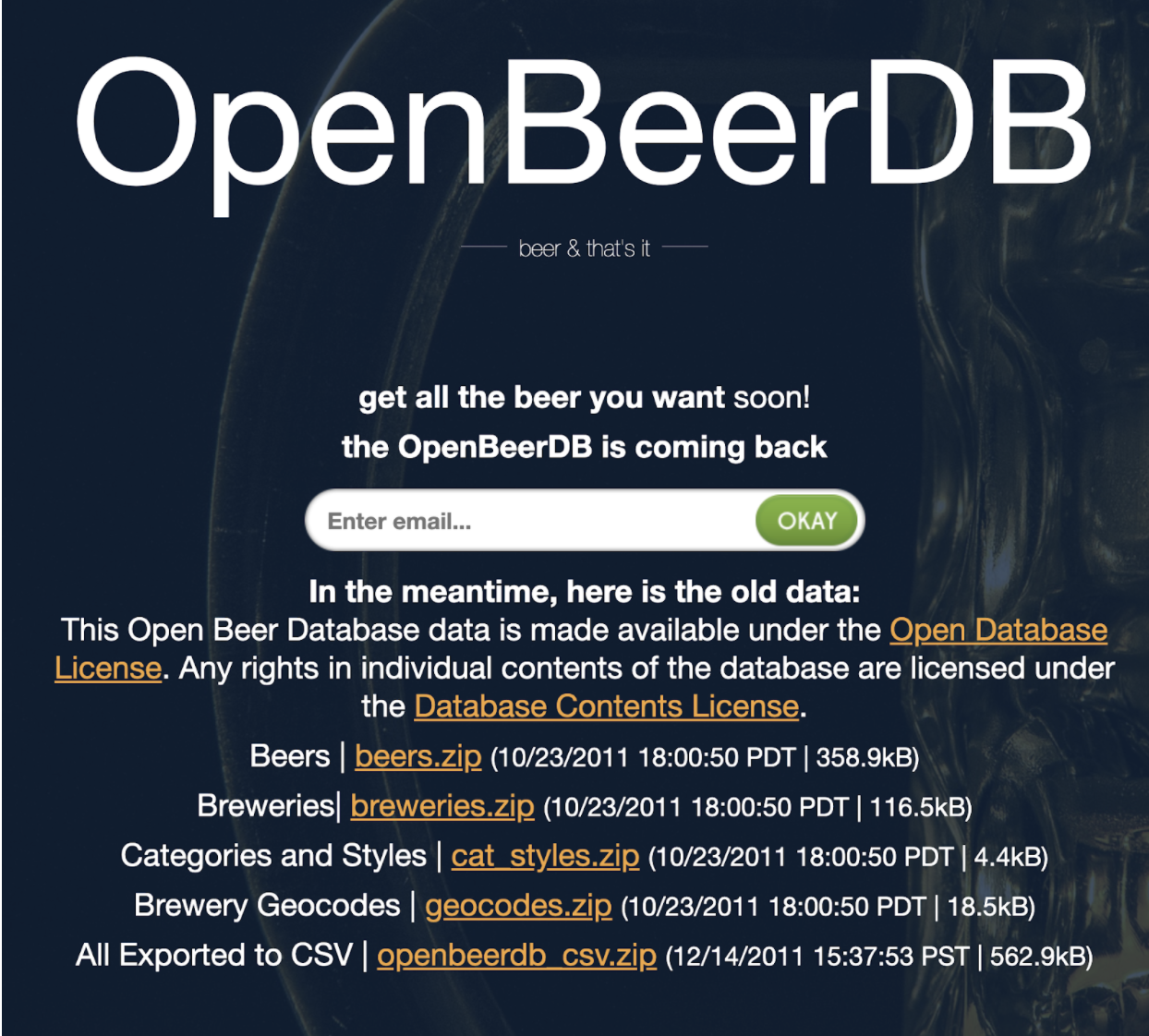 Let us clone the repository to access the dataset: 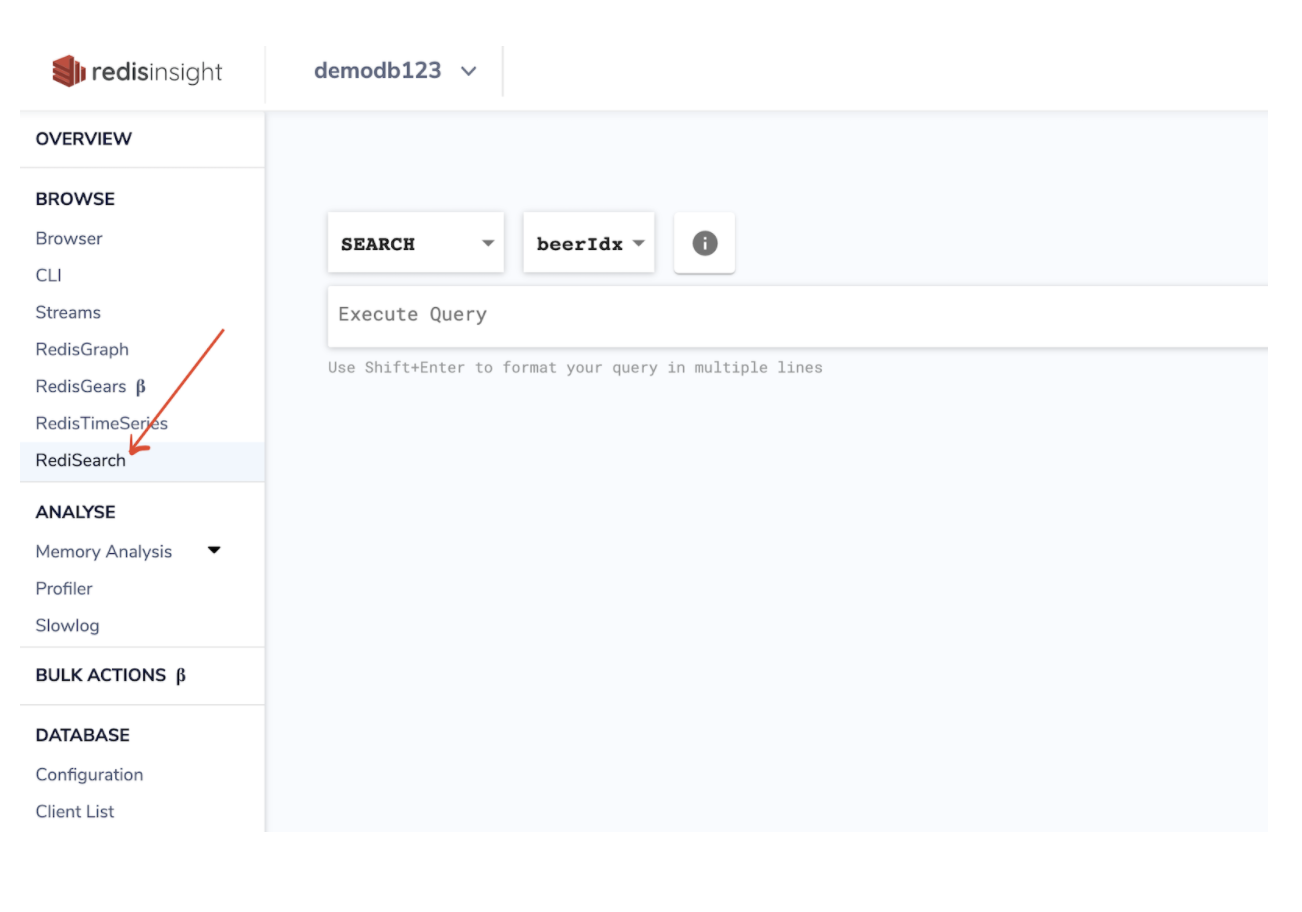 Run the below query: 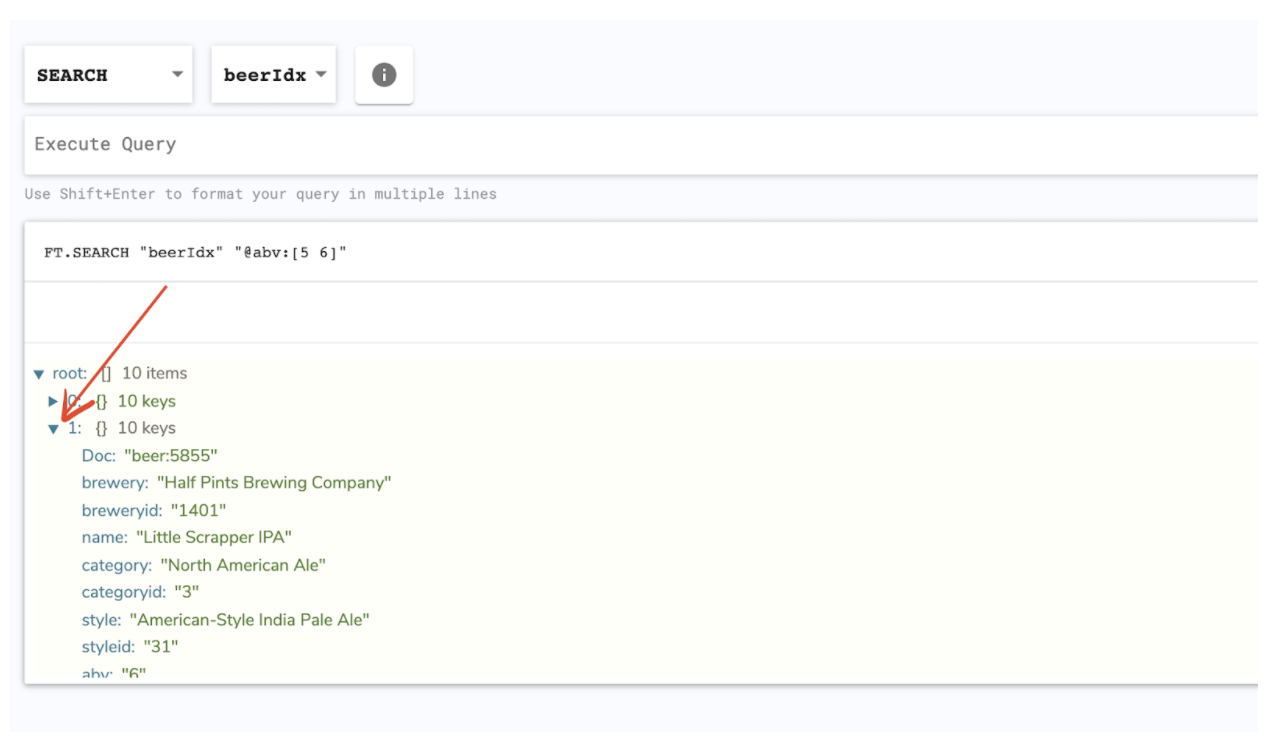 Query: All beers with ABV higher than 5% but lower than 6%​

The beers are added to the RediSearch index weighted by ABV. So by default, the results will be ordered by ABV highest to lowest. Both ABV and IBU are sortable, so you can order results by either of these fields using sortby in the query 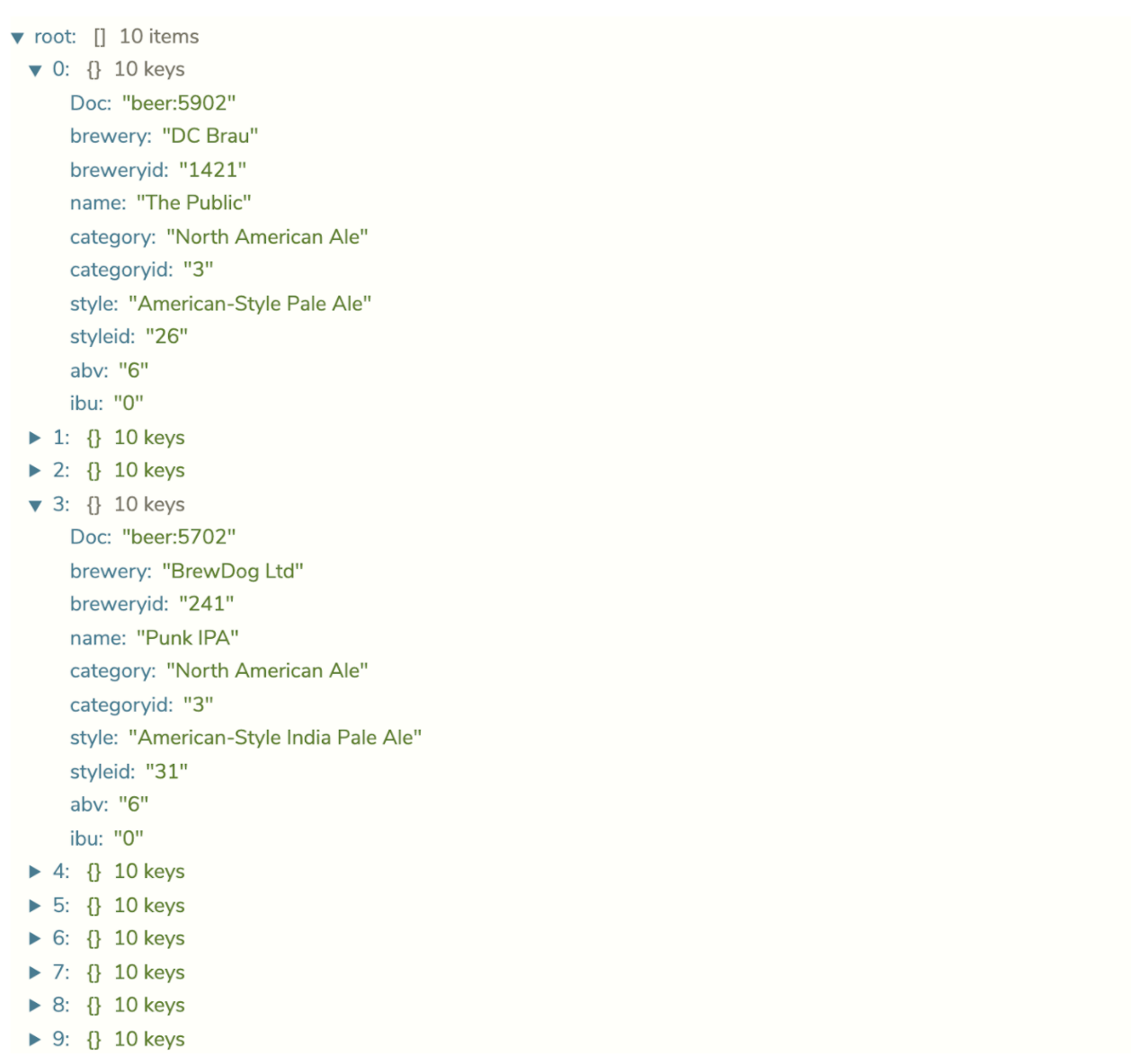 Query: All beers with ABV higher than 5% but lower than 6% within the specified limits​

Query: Find out Irish Ale and German Ale beers with ABV greater than 9%:​

Aggregations are a way to process the results of a search query, group, sort and transform them - and extract analytic insights from them. Much like aggregation queries in other databases and search engines, they can be used to create analytics reports, or perform Faceted Search style queries.

For example, indexing a web-server's logs, we can create a report for unique users by hour, country or any other breakdown; or create different reports for errors, warnings, etc.

Let us look at Movie sample dataset too.

Follow this link to setup RedisInsight locally in your system

In this project you will use a simple dataset describing movies, for now, all records are in English. You will learn more about other languages in another tutorial.

A movie is represented by the following attributes:

As a Redis developer, one of the first things to look when building your application is to define the structure of the key and data (data design/data modeling).

A common way of defining the keys in Redis is to use specific patterns in them. For example in this application where the database will probably deal with various business objects: movies, actors, theaters, users, ... we can use the following pattern:

and for the movies information you should use a Redis Hash.

A Redis Hash allows the application to structure all the movie attributes in individual fields; also RediSearch will index the fields based on the index definition.

It is time now to add some data into your database, let's insert a few movies, using redis-cli or RedisInsight.

Once you are connected to your Redis instance run the following commands:

Now it is possible to get information from the hash using the movie ID. For example if you want to get the title, and rating execute the following command:

And you can increment the rating of this movie using:

But how do you get a movie or list of movies by year of release, rating or title?

One option, would be to read all the movies, check all fields and then return only matching movies; no need to say that this is a really bad idea.

Nevertheless this is where Redis developers often create custom secondary indexes using SET/SORTED SET structures that point back to the movie hash. This needs some heavy design and implementation.

This is where the RediSearch module can help, and why it was created.

RediSearch greatly simplifies this by offering a simple and automatic way to create secondary indices on Redis Hashes. (more datastructure will eventually come)

Using RediSearch if you want to query on a field, you must first index that field. Let's start by indexing the following fields for our movies:

When creating a index you define:

Warning: Do not index all fields

Indexes take space in memory, and must be updated when the primary data is updated. So create the index carefully and keep the definition up to date with your needs. 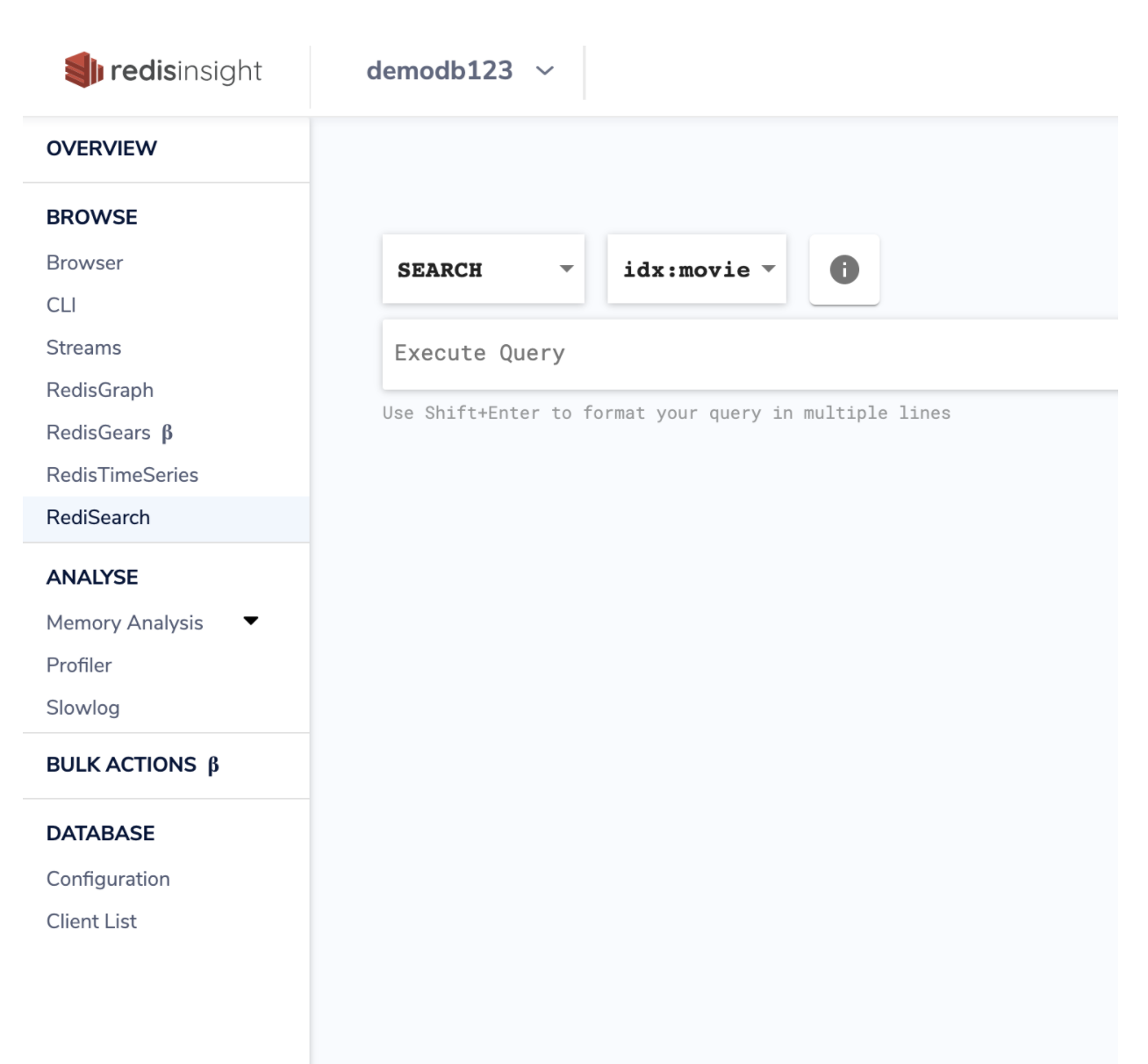 The database contains a few movies, and an index, it is now possible to execute some queries.

Query: All the movies that contains the string "war"​

Query: Limit the list of fields returned by the query using the RETURN parameter​

The FT.SEARCH commands returns a list of results starting with the number of results, then the list of elements (keys & fields).

As you can see the movie Star Wars: Episode V - The Empire Strikes Back is found, even though you used only the word “war” to match “Wars” in the title. This is because the title has been indexed as text, so the field is tokenized and stemmed.

Later when looking at the query syntax in more detail you will learn more about the search capabilities.

It is also possible to limit the list of fields returned by the query using the RETURN parameter, let's run the same query, and return only the title and release_year:

Query: All the movies that contains the string "war but NOT the jedi one"​

Adding the string -jedi (minus) will ask the query engine not to return values that contain jedi.

All the movies that contains the string "gdfather using fuzzy search"

Query: All Thriller or Action movies​

The FT.SEARCH syntax has two ways to query numeric fields:

Query: Number of movies by year​

Query: Number of movies by year from the most recent to the oldest​