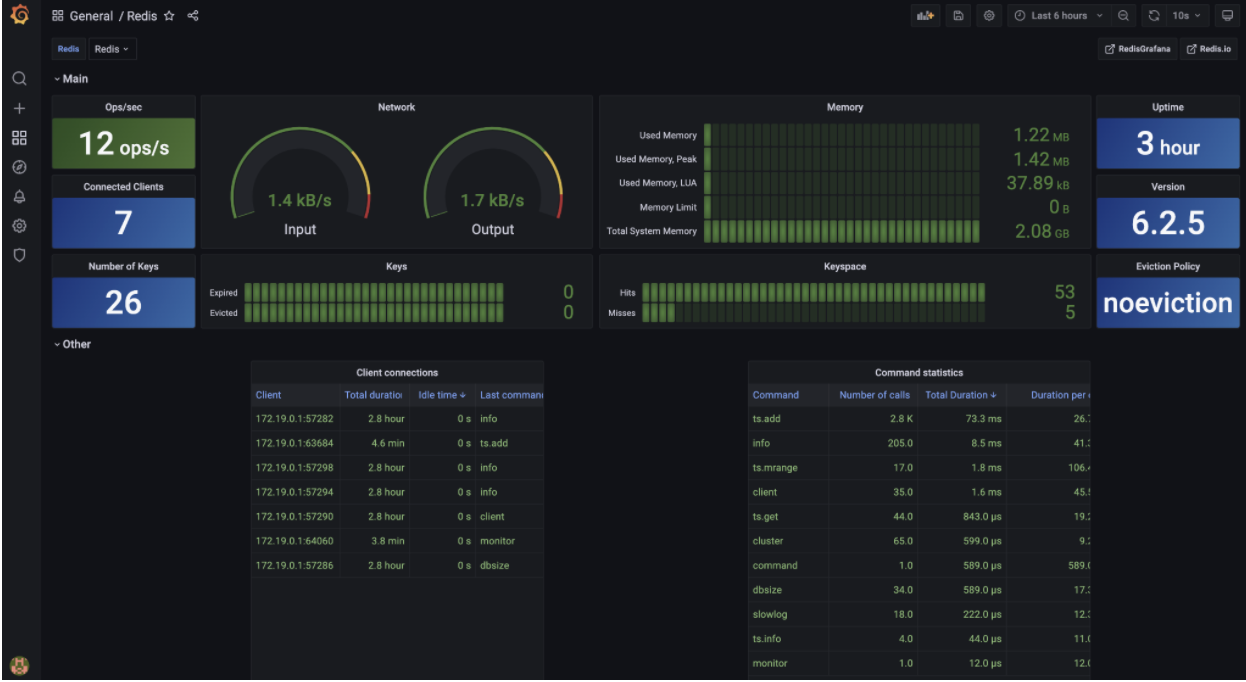 Time-series data is basically a series of data stored in time order and produced continuously over a long period of time. These measurements and events are tracked, monitored, downsampled, and aggregated over time. The events could be, for example, IoT sensor data. Every sensor is a source of time-series data. Each data point in the series stores the source information and other sensor measurements as labels. Data labels from every source may not conform to the same structure or order.

When do you use a time-series database?​

Challenges with the existing traditional databases​

You might find numerous solutions that still store time-series data in a relational database, but they’re quite inefficient and come with their own set of drawbacks. A typical time-series database is usually built to only manage time-series data, hence one of the challenges it faces is with use cases that involve some sort of computation on top of time-series data. One good example could be capturing a live video feed in a time-series database. If you want to run an AI model for face recognition, you would have to extract the time-series data, apply some sort of data transformation and then do computation. Relational databases carry the overhead of locking and synchronization that aren’t required for the immutable time-series data. This results in slower-than-required performance for both ingest and queries. When scaling out, it also means investing in additional compute resources. These databases enforce a rigid structure for labels and can’t accommodate unstructured data. They also require scheduled jobs for cleaning up old data. Beyond the time-series use case, these databases are also used for other use cases, which means overuse of running time-series queries may affect other workloads.

RedisTimeSeries is resource-efficient. With RedisTimeSeries, you can add rules to compact data by downsampling. For example, if you’ve collected more than one billion data points in a day, you could aggregate the data by every minute in order to downsample it, thereby reducing the dataset size to 1,440 data points (24 * 60 = 1,440). You can also set data retention policies and expire the data by time when you don’t need them anymore. RedisTimeSeries allows you to aggregate data by average, minimum, maximum, sum, count, range, first, and last. You can run over 100,000 aggregation queries per second with sub-millisecond latency. You can also perform reverse lookups on the labels in a specific time range.

Prometheus is an open-source systems monitoring and alerting toolkit. It collects and stores its metrics as time series data, i.e. metrics information. The metrics are numeric measurements in a time series, meaning changes recorded over time. These metrics are stored with the timestamp at which it was recorded, alongside optional key-value pairs called labels. Metrics play an important role in understanding why your application is working in a certain way.

The prometheus service directly uses an image “prom/prometheus” that’s pulled from Docker Hub. It then binds the container and the host machine to the exposed port, 9090. The prometheus configuration file is accessed by mounting the volume on the host and container.

The adapter service uses an image “redislabs/prometheus-redistimeseries-adapter:master” that’s pulled from Docker Hub. Sets the default command for the container: -redis-address", "redis:6379 and listen to the address 0.0.0.0:9201.

The Redis service directly uses an image “redislabs/redistimeseries:edge” that’s pulled from Docker Hub. It then binds the container and the host machine to the exposed port, 6379

The grafana service uses an image that’s built from the Dockerfile in the current directory. It then binds the container and the host machine to the exposed port, 3000.

Change directory to compose and execute the below CLI:

In the left sidebar, you will see the “Configuration” option. Select “Data Source” and choose Prometheus. 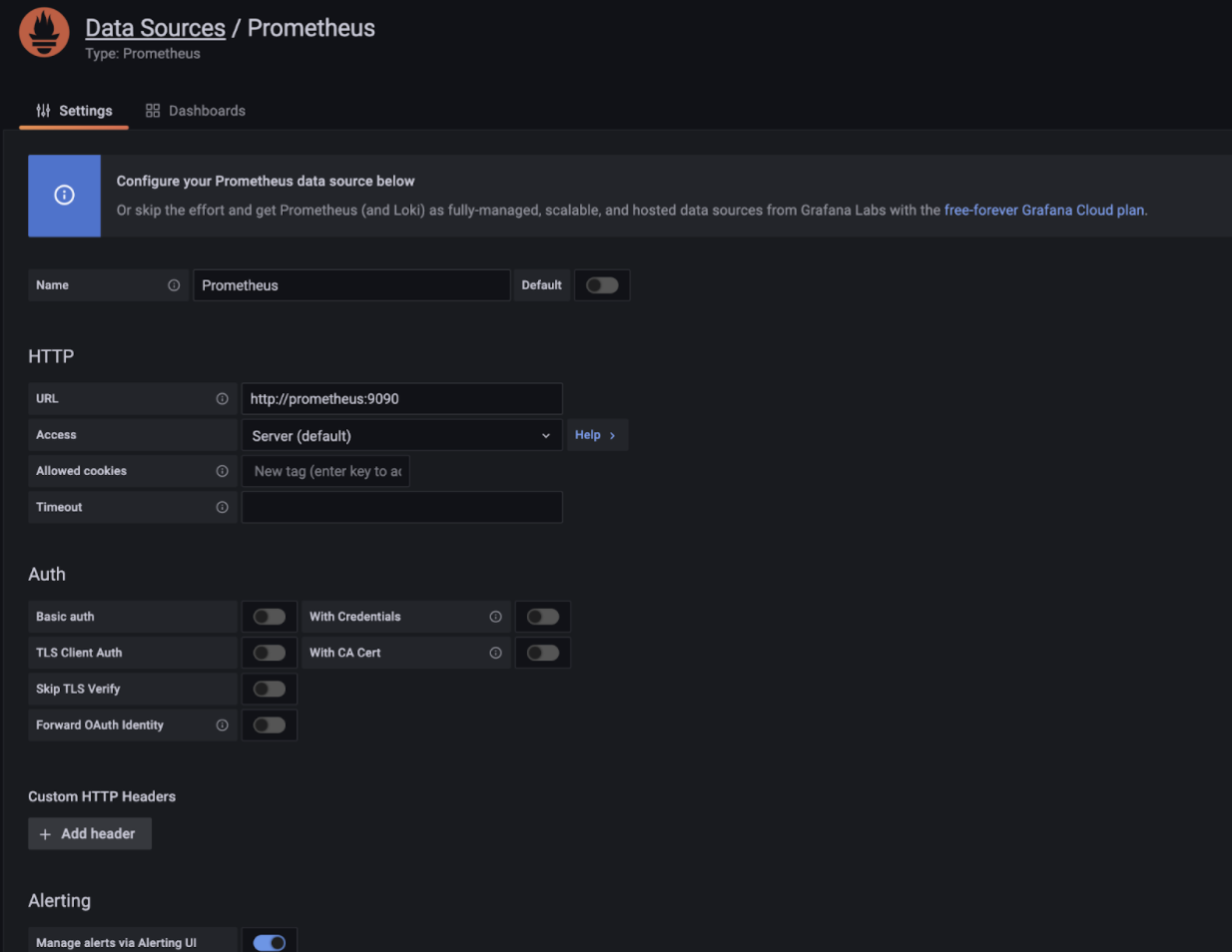 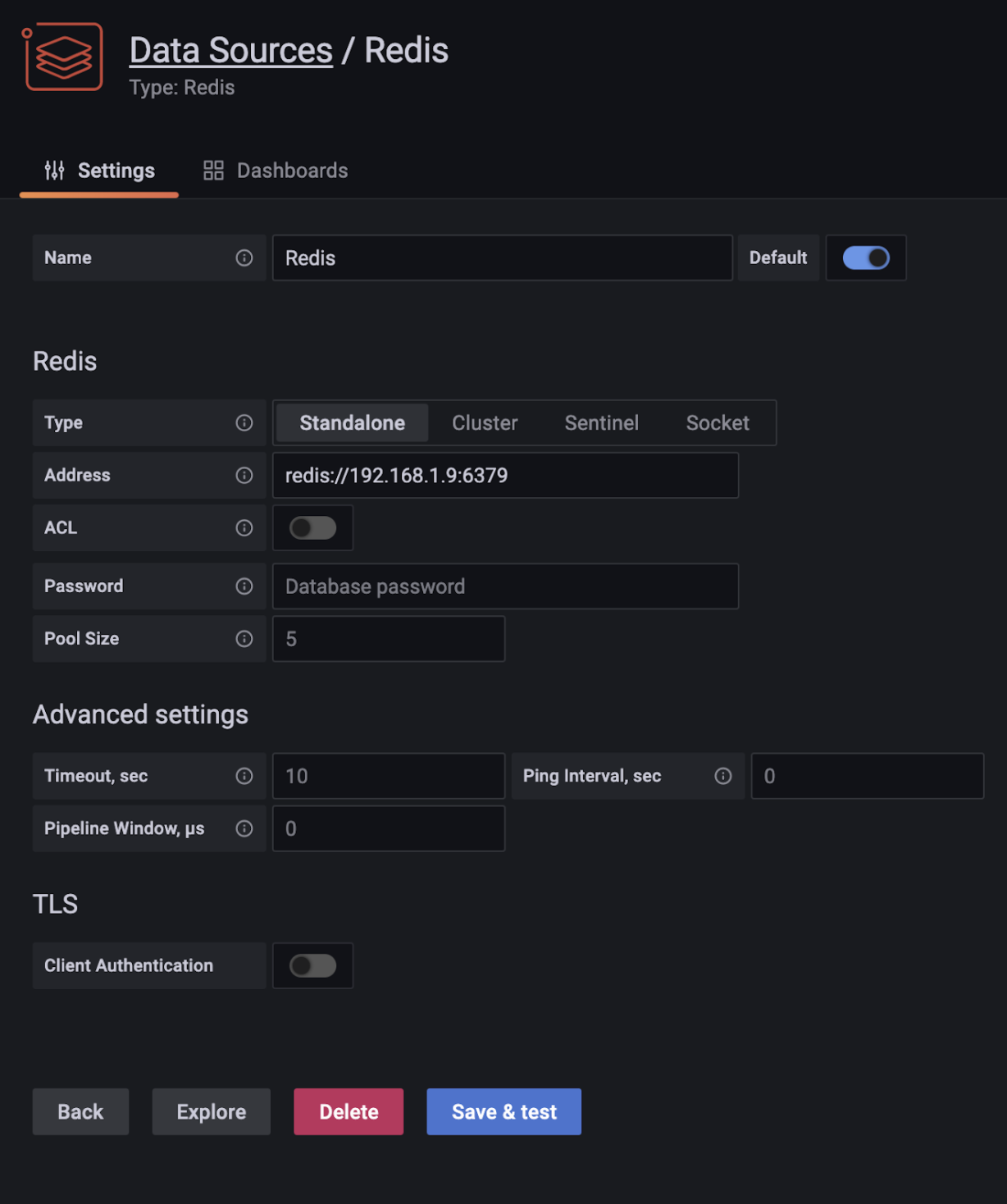 It’s time to test drive a few demo scripts built by the Redis team. To start with, clone the below repository

This repo contains a set of basic demoes showcasing the integration of RedisTimeSeries with Prometheus and Grafana. Let’s pick up a sensor script.

This script will add random measurements for temperature and humidity for a number of sensors.

Go to “Add Panel” on the top right corner of the Grafana dashboard and start adding temperature and humidity values. 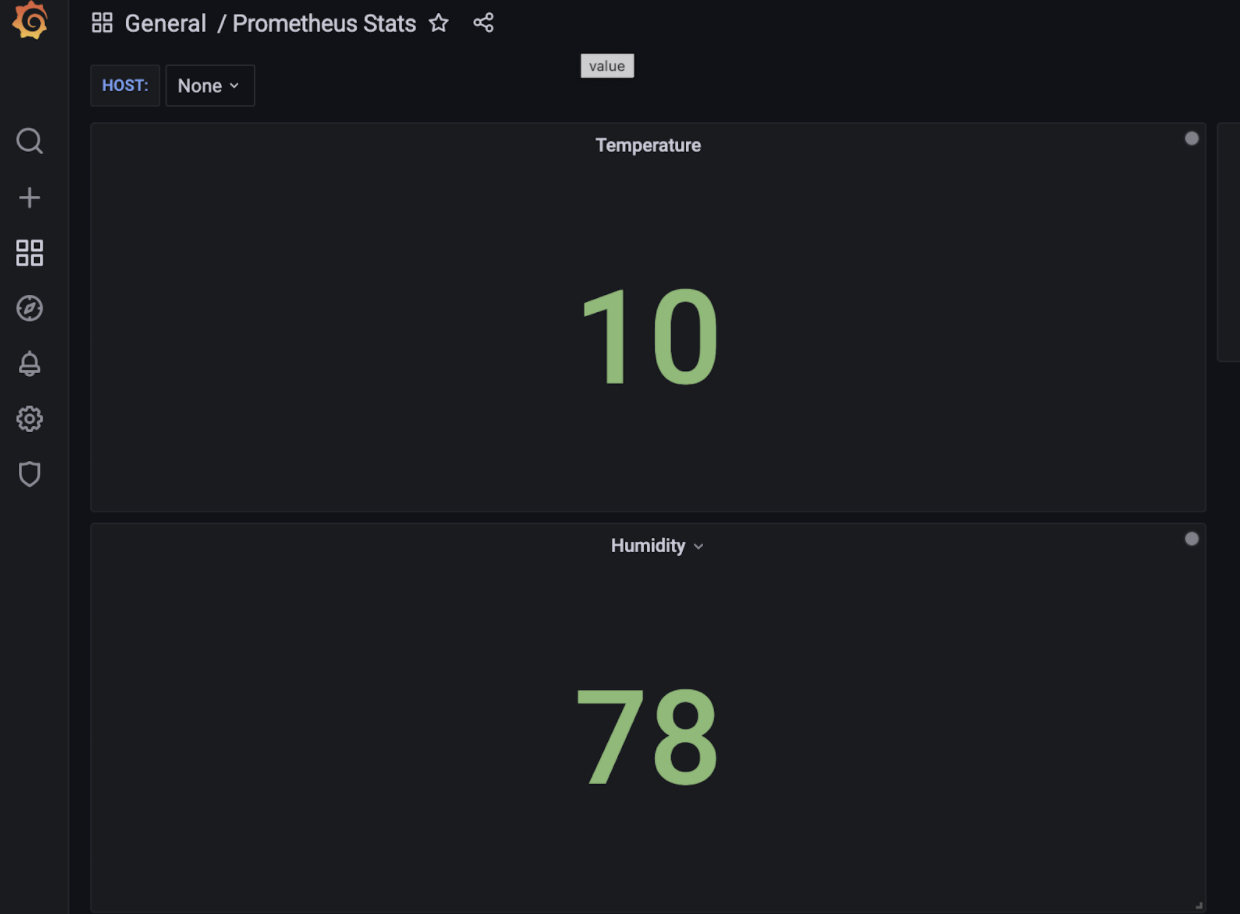 Open up https://HOSTIP:9090 to access Prometheus dashboard for the sensor values without any further configuration.