Ensure that Docker is installed in your system.

If you're new, refer to Docker's installation guide to install Docker on Mac.

To pull and start the Redis Enterprise Software Docker container, run this docker run command in the terminal or command-line for your operating system.

Note: On Windows, make sure Docker is configured to run Linux-based containers.

In the web browser on the host machine, go to https://localhost:8443 to see the Redis Enterprise Software web console. 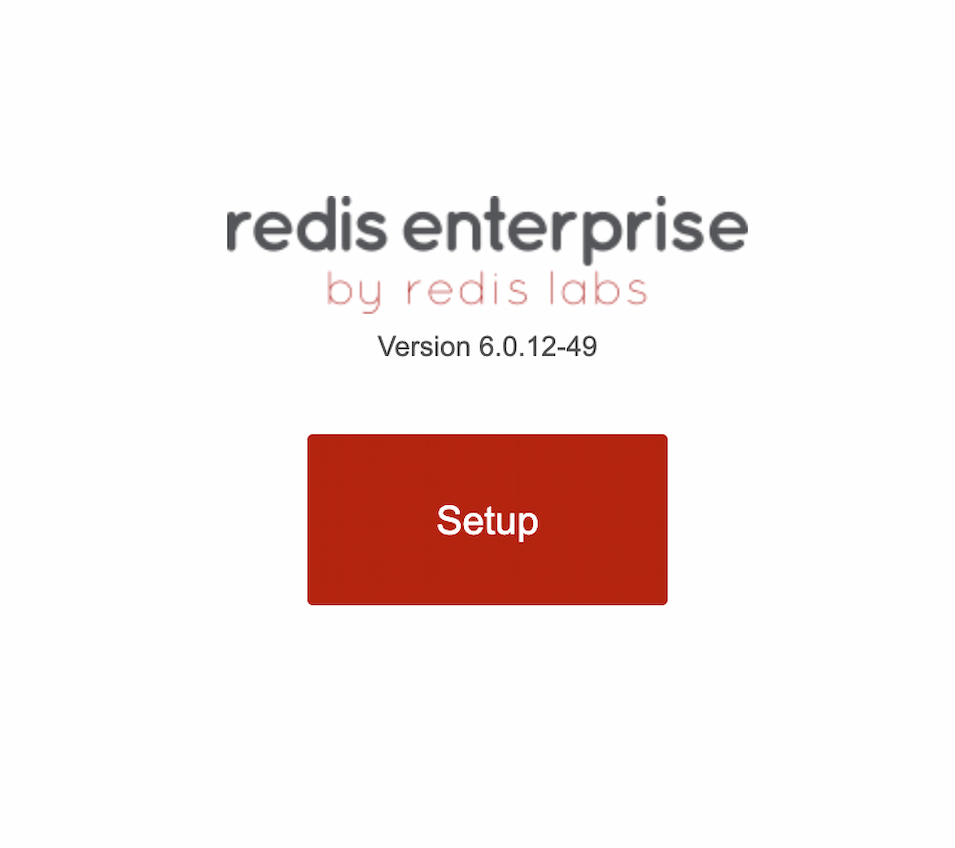 In the Node Configuration settings, enter a cluster FQDN such as demo.redis.com. Then click the Next button. 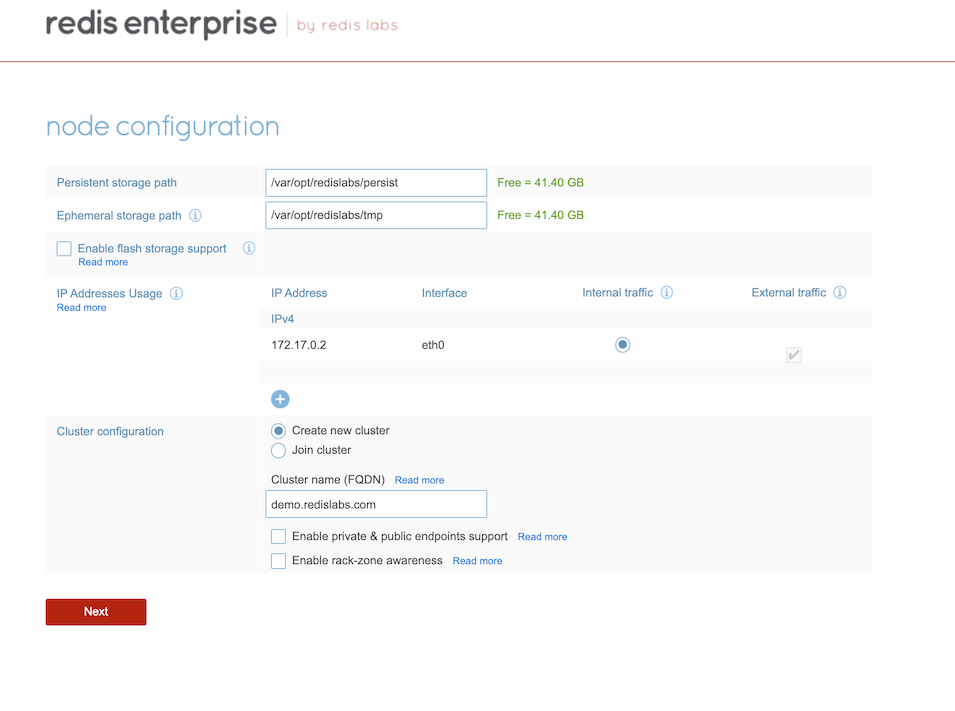 Enter your license key, if you have one. If not, click the Next button to use the trial version. 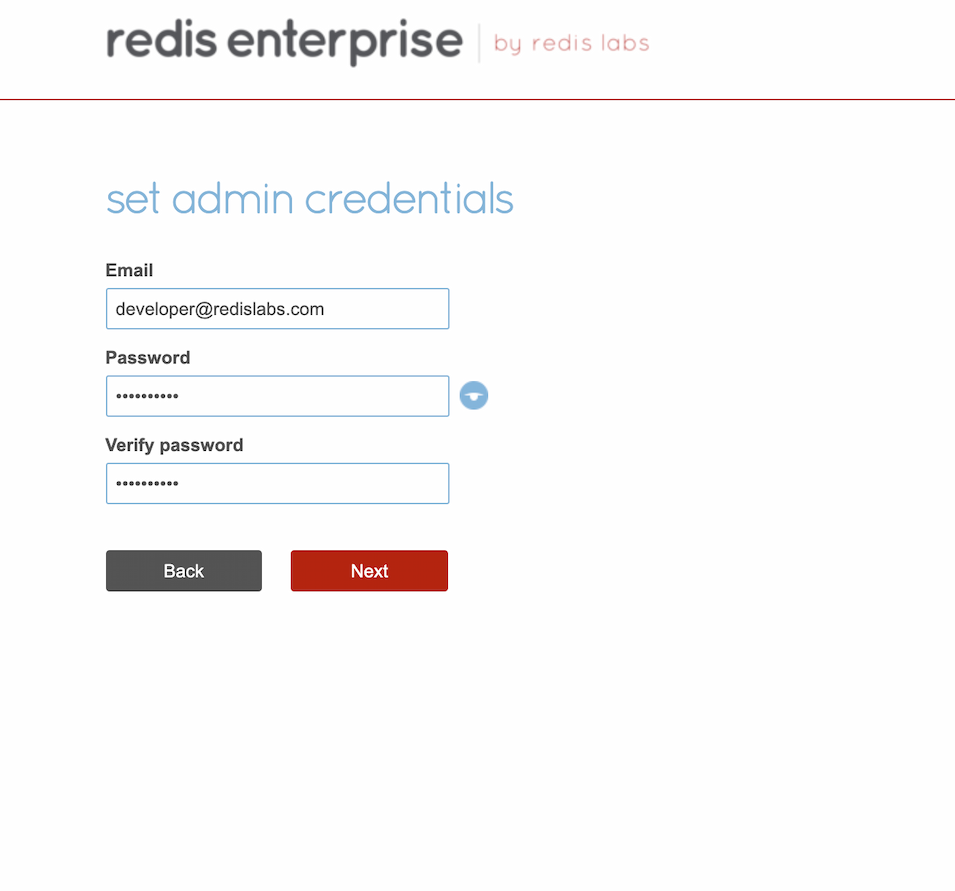 These credentials are also used for connections to the REST API. Click OK to confirm that you are aware of the replacement of the HTTPS SSL/TLS certificate on the node, and proceed through the browser warning.

Select “Redis database” and the “single region” deployment, and click Next. 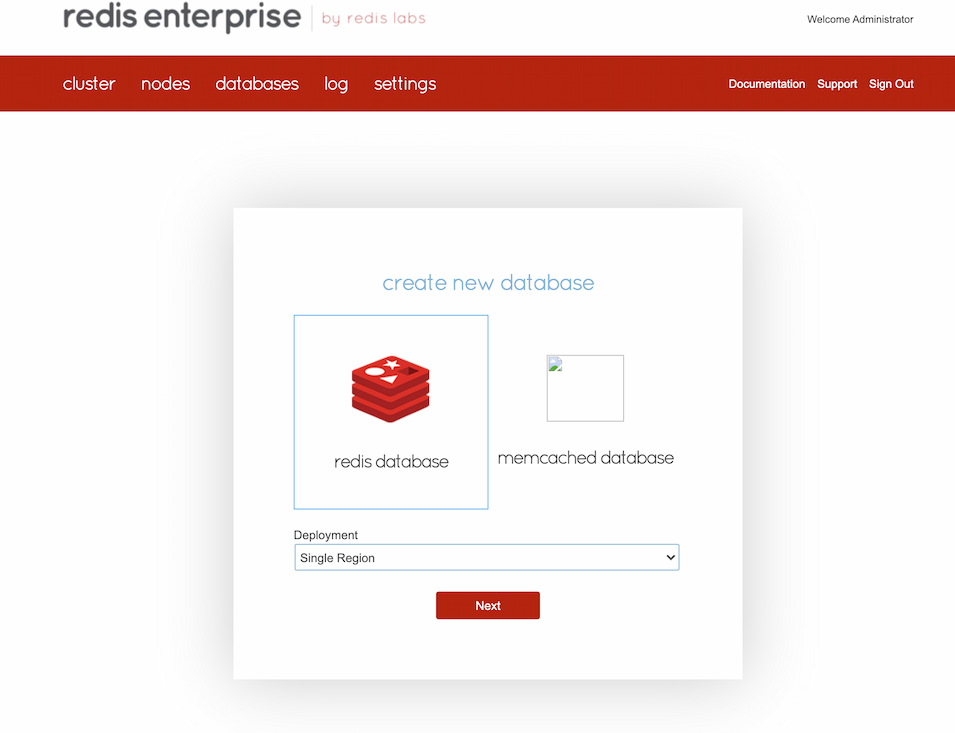 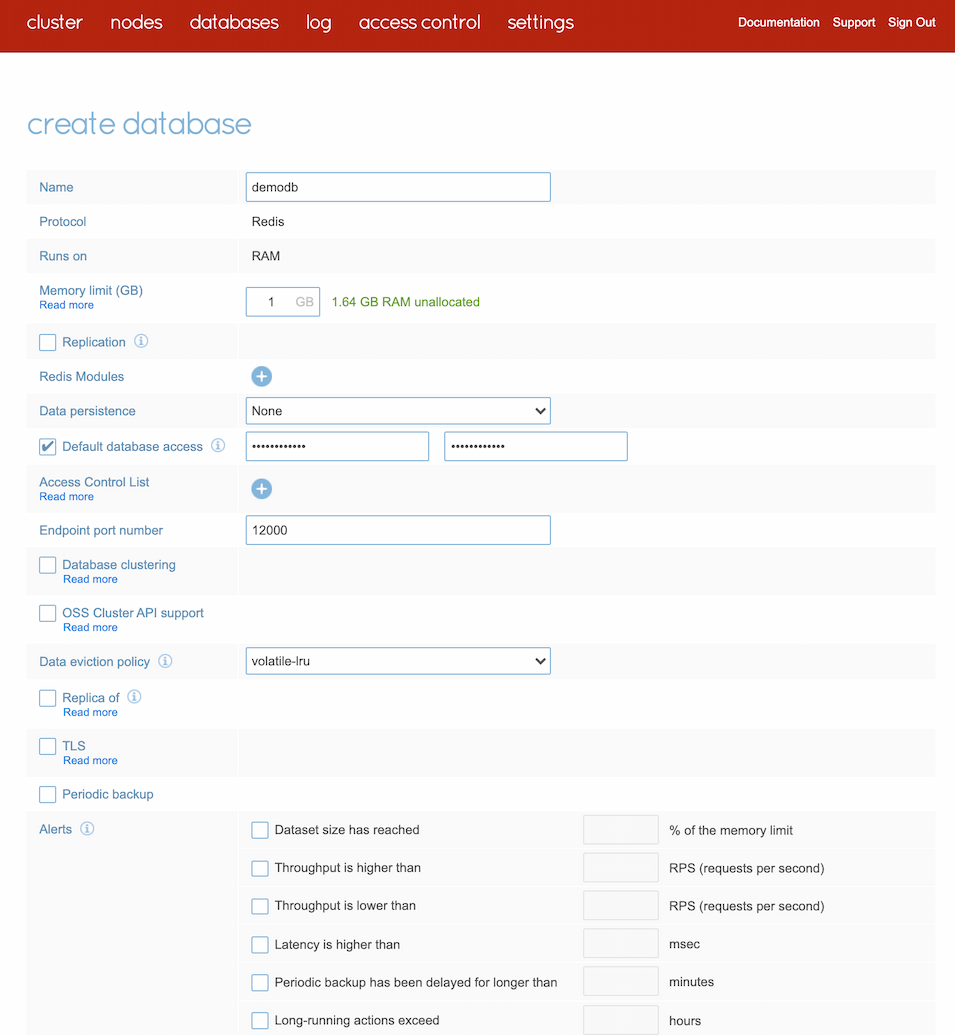 You now have a Redis database!

After you create the Redis database, you are ready to store data in your database. redis-cli is a built-in simple command-line tool to interact with Redis databases. Run redis-cli, located in the /opt/redislabs/bin directory, to connect to port 12000 and store and retrieve the value of a key in the database:

Ensure that Docker is installed in your system. Follow [Docker's installation guide)[https://docs.docker.com/engine/install/] if you haven’t installed it yet.

Execute the following command to run Redis container in the background in a “detached” mode.

Step 2: Verify if the Redis container is running or not:#

Step 3: Connect to your database#

The following uses the first three alphanumeric characters of your Container ID and opens up sh shell of the Redis Docker container:

Execute the following command to test the Redis server:

Please note: By default, Redis uses 0-15 as indexes for databases, you can change that number in redis.conf.

In order to enable persistence, you should invoke the Docker container, passing appendonly yes option as shown below:

If persistence is enabled, data is stored in the volume /data, which can be used with --volumes-from some-volume-container or -v /docker/host/dir:/data