Redis Sentinel is a distributed system consisting of multiple Redis instances started in sentinel mode. We call these instances Sentinels.

The group of Sentinels monitors a primary Redis instance and its replicas. If the sentinels detect that the primary instance has failed, the sentinel processes will look for the replica that has the latest data and will promote that replica to be the new primary. This way, the clients talking to the database will be able to reconnect to the new primary and continue functioning as usual, with minimal disruption to the users. 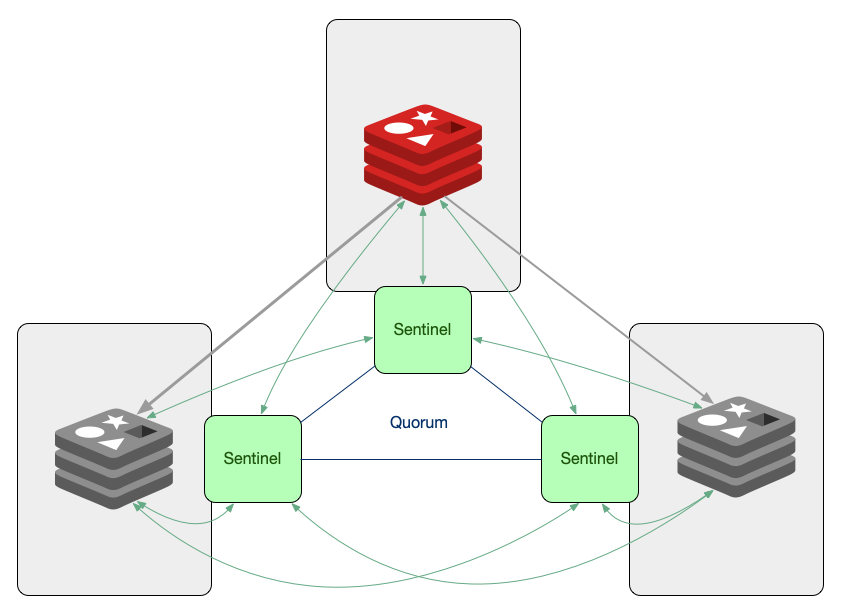 Deciding that a primary instance is down​

In order for the Sentinels to be able to decide that a primary instance is down we need to have enough Sentinels agree that the server is unreachable from their point of view.

Once the Sentinels have decided that a primary instance is down, they need to elect and authorize a leader (a Sentinel instance) that will do the failover. A leader can only be chosen if the majority of the Sentinels agree on it.

If you have a system that uses Sentinel for high availability, then you need to have a client that supports Sentinel. Not all libraries have this feature, but most of the popular ones do, so make sure you add it to your list of requirements when choosing your library.

For more information on Redis Sentinel, check out the documentation on redis.io.